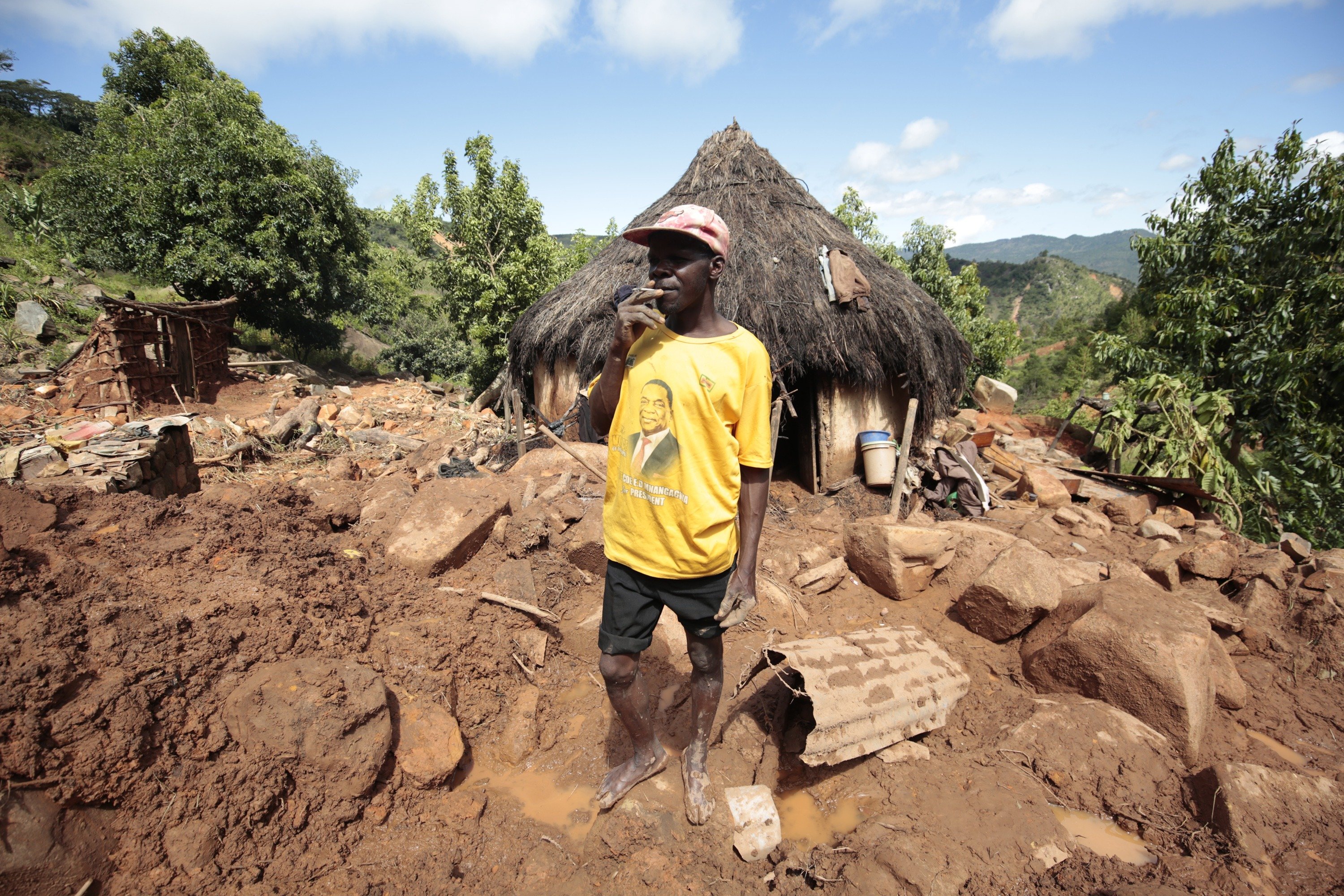 JOHN Mufudza rolled down a huge and steep mountain leading to the Rusitu valley, which housed Dzingere growth point, popularly known as Kopa in Chipinge.

He looked devastated and tired, physically and emotionally.

The man stopped walking, looked down into the valley, rolled up his blue cotton T-shirt and wiped the sweat flooding his face.

He made a few more steps down the hill and again stopped, hunched on a huge boulder, sighed in obvious disbelief of what his eyes were feeding on.

What used to be a residential place had been washed away by ferocious floods that left monstrous boulders strewn all over the valley.

For anyone who did not know the place, only graphic communicators could convince them to believe that this area used to be a residential suburbs occupied by agriculture extension workers, teachers, banana traders and a police station on the north.

“This is where my son-in-law’s house used to be,” Mufudza whispered, pointing at a huge tree that stood tall and proud beside the huge rocks deposited on the valley by the furious floods.

“All is history now. My brother-in-law and his two children are no more.”

Mufudza had been told of what befell his son-in-law and his two children and set off from Masvingo to the valley to satisfy his anxiety on what he had been told had happened.

He narrated: “My son-in-law was a businessman. He owned a grocery shop close to the residential place and his children attended school near the suburb, on the eastern side of the police station. He heard people talking about the floods and rushed to pick up his children, but was trapped by the floods and washed away. No one knows where he is.”

Down the valley, anxious people are crossing to and from a makeshift bridge to the place where over 80 housed had been washed away. There is no trace that the place used to be a residential place. Huge stones, debris of bridges and trees litter the whole place.

While others were coming to see things for themselves, most people were coming to listen to President Emmerson Mnangagwa promise them food, shelter and medicines. Most of them wanted to be assured that government would do all in its capacity to recover the bodies of their missing relatives and bring closure to their lives.

One women, who miraculously survived, gave harrowing experienced of what happened, disclosing that some families with as high as nine members had been washed away and no one has been accounted for.

“This place now covered by these rocks is where our houses used to be. The houses were washed away by floods after three rivers, Nyahode, Rusitu and Chipita changed course and flooded the whole valley. The house next to mine, there were nine people and they all perished,” one of the survivors rescued by fellow villagers using a rope, Joice Mudzokora, said.

One of the villagers, she said, who worked at the growth point, but did not stay with his wife and children, had invited his family for the weekend and none of his children survived.

Only his wife, who did not come with the children, survived.