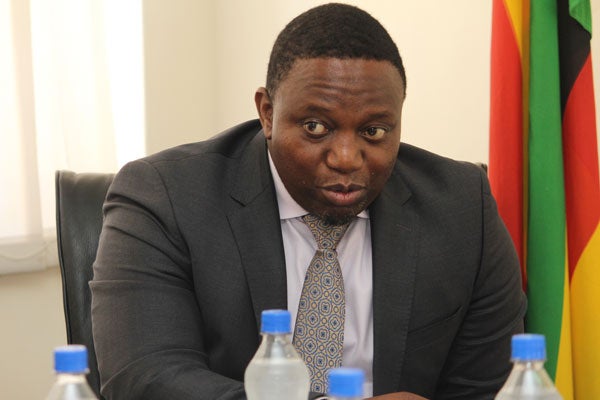 Zanu PF’s Mashonaland Central structures have been rocked by factionalism amid pressure to dissolve the Kazembe Kazembe- led provincial executive for failing to unite the ruling party.

Disgruntled provincial members said the executive’s failure to mobilise supporters had resulted in President Emmerson Mnangagwa dumping at the last- minute two important events, a “Thank You Rally” in Bindura in February and the highly-anticipated smart agriculture conference, where he was supposed to officiate last month.

They alleged Kazembe, who is also the Mazowe West MP, was purging opponents and fanning divisions ahead of provincial elections, which are expected anytime following the expiry of the executive’s term of office.

According to provincial members who spoke to this publication, there are plans to take the matter to the politburo so that the provincial executive is dissolved in the same manner Harare and Bulawayo provinces were dissolved.

“People actually want the provincial executive dissolved. This has been the call for a long time now because we feel Kazembe has failed to be a hands-on chairman.

“It seems he has too much on his plate to concentrate on the province,” said one provincial member, speaking on condition of anonymity.

Kazembe is also accused of attacking his perceived opponents’ among them Grain Millers’ Association of Zimbabwe chairperson Tafadzwa Musarara, whom he beat under controversial circumstances during last year’s party primary elections.

“He uses most meetings to attack people perceived as threats to him. Last time during an inter-district meeting held at Nzvimbo growth point last month, he attacked Musarara as he made false accusations that millers and bakers were buying local wheat after getting foreign currency from the central bank to import the product,” said one provincial member.

“The other time he came along with Zanu PF youth secretary Pupurai Togarepi during victory celebrations for Mazowe Central MP Sydney Chidamba, who made similar allegations about millers.”

Among other issues raised against Kazembe is his alleged failure to take on board the provincial commissar seconded by the war veterans.

“Generally morale is at its lowest. Even if you check, the number of people who come to public functions have been decreasing.

“The current leadership doesn’t inspire [confidence] at all. All that they do is to push for vendettas and that doesn’t help,” wrote the war veterans.

“This is not the time to carry grudges. Some of what we are seeing started during primary elections and the leadership has failed to unite people. It seems like they thrive on that, but it is the party that suffers in the end. We need to lead by example.”

Some said they were pinning their hopes on the new commissar Victor Matemadanda to deal with the situation.

“My friend, I don’t talk to journalists who work for newspapers. How come you don’t get tired? Just write what you want,” he fumed.