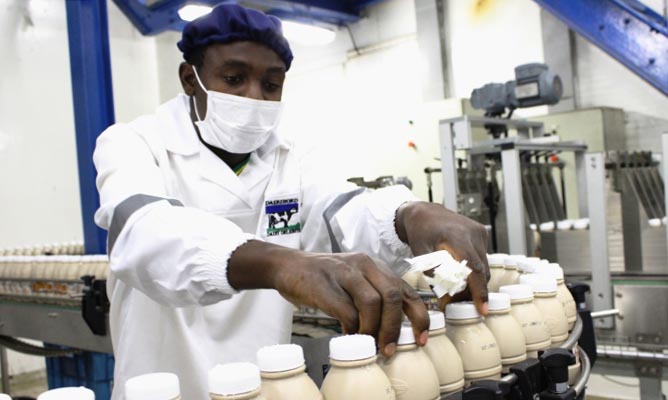 Speaking at the company’s annual general meeting in Harare last week, Mandiwanza said the amount remains small, but they believe that by year-end more is going to be earned.

“We think the US$2,1 million is a small amount, but we are moving in the right direction because we are pursuing more export strategies.

“Our route to market in Malawi will remain. There are a number of channels that we have established to support the export of our products into that market. So, we are not going to lose out.

“The other aspect would be to use Malawi, let it generate and create export revenue. But they are in a difficult economic environment; we are earning foreign currency in that country, but trying to take it to Zimbabwe is very difficult.

“So, our strategy to earn foreign currency and exiting our Malawi unit is not contradictory,” Mandiwanza said.

According to Mandiwanza, brands such as Quick Brew, Cascade and RabRoy are gaining traction in the region.

Volumes sold were up 8% while the selling price advanced 95%, resulting in an average increase of US$0,62c per litre.

“Volume growth was trending positively, but sustainability going forward is threatened by erratic supply of inputs.

“On the selling price, we continue to adjust particularly in line with developments on the market such as inflation, input cost pressures and exchange rates, “he said.

Foreign liabilities loans, which support the company’s capital projects, went up US$1,1 million with trade payables at US$0,8 million, giving a total of US$1,9 million.

“We have worked tirelessly as management to drop that amount from US$4 million as at end of December 2018. We are trying to minimise the huge impact of having a huge foreign currency debt in a very volatile environment which we are operating in. In future, we believe that the amount will continue to go down so that its negative impact on the company’s performance is limited.”

Mandiwanza said management believes that the operating environment will remain challenging with strong headwinds anticipated, while the company would continue to focus on retaining and growing the milk supply base and support milk growth initiatives in the country.