The completion of Marowanyati Dam in Buhera district, which is expected to be commissioned by President Mnangagwa soon, has brought relief to local communities and reflects the serious approach to development by the New Dispensation.

Clearly, a new dawn has beckoned for people in the district and surrounding areas, as some communities have already started reaping rewards from the vast water body.

Marowanyati Dam is Buhera’s crown jewel, as its intended purpose is to provide multi-purpose domestic, agricultural and industrial water supply to the district.

Construction of the dam began in 2003, but a series of challenges saw works being halted more than once.

The New Dispensation led by President Mnangagwa released funds for the completion of the dam in 2017, a development which has seen the remaining works being completed to allow communities to start harnessing the water. 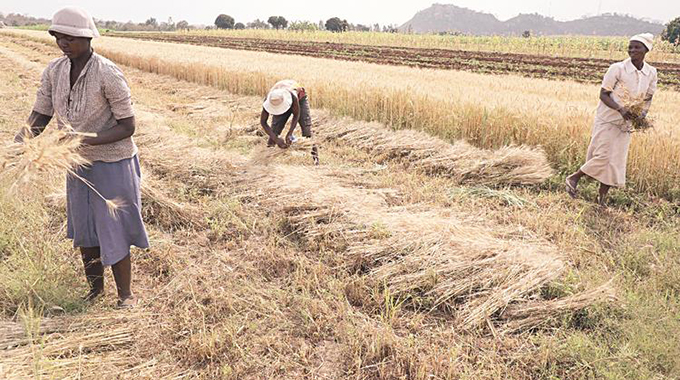 The President is expected to commission the dam soon, in fulfilment of his promise to ensure the realisation of Buhera’s full economic potential.

The completion of the dam highlights the Government’s investment in key and strategic water bodies around the country and represents a significant turnaround, as economic reforms have enabled freeing up of resources for capital projects.

Projects around the dam are already transforming the district, previously viewed as lagging behind in terms of development despite its vast potential.

Bringing water to the people is part of efforts to foster reliable access to water for communities where the impact of climate change is being intensely felt.

Buhera has been one of the hardest hit districts in the country by successive droughts and this has resulted in high levels of hunger and poverty.

But since 2017, Marowanyati has been providing constant supply of water to Murambinda Irrigation Scheme and Murambinda Growth Point.

It is expected to supply two more irrigation schemes that are in the pipeline.

The supply of water into the industrial areas is also expected to drive development in terms of increased productivity.

Dorowa Mine is already utilising water from the dam, as well as other smaller industries.

Marowanyati Dam has storage capacity of 50 million litres and is located on the Mwerihari River, with an annual flow of 182 million litres, which experts say means the dam will always have adequate capacity to meet demand expected to surge to 600 megalitres per year by 2030.

With irrigation in place, food production will increase, thus reducing hunger and poverty among the communities.

So far, about 34 farmers at the irrigation scheme have been the biggest beneficiaries as they have been getting a constant supply of water from the dam since 2017.

“In the past when we did not have water from the dam, the canals would run dry by September and we would have to wait for the rainy season,” he said. “But now we get constant supply of water. We actually want to increase production.”

Mr Muridzi said the farmers were looking forward to joining the Command Agriculture Programme to increase maize and wheat production.

“We are grateful that this dam has finally been completed,” he said. “It has taken too long, but the Government led by President Mnangagwa has shown that production is important and is committed to ensuring that people do not go hungry.

“We hope to continue getting this support. We are going into the summer cropping season, we want to increase production as well, but we can only do this with Government’s assistance.”

The resuscitation of the country’s agricultural sector remains vital to improving the livelihoods of ordinary Zimbabweans and irrigation development could be the answer as climate change has affected rainfall patterns.

However, only three percent of the country’s agricultural activity is under irrigation and this has had a negative impact on output, highlighting the urgent need to put more effort in irrigation development.

For Marowanyati Dam, more irrigation schemes are lined up to draw water from the reservoir.

Work on the second scheme, Guwanda/Murambinda B, has already commenced and the Zimbabwe National Water Authority (ZINWA) is supervising the upgrade of the Murambinda pick-up weir to ensure supply of water is able to meet increased demand.

Said ZINWA’s Engineer Alouis Katsande: “The supply of water to Guwanda scheme is expected to be channelled from the same pick up weir which is supplying the existing Murambinda irrigation scheme and the residential areas.

“With the expansion of Murambinda and the new schemes, we expect demand to increase so upgrades on the weir are being done to improve water supply.”

Besides irrigation, communities surrounding the dam will benefit from fish farming and tourism activities are expected around the dam.

Although villagers have already started casting nets into the dam, the Zimbabwe Parks and Wildlife Management Authority (ZimParks) has not yet started issuing fishing permits to make the activities legal.

Mrs Susan Tazviwana from Murwira Village said they were hoping to get fishing permits soon so that they venture into sustainable projects.

“We are hoping that the fishing projects work out so that it helps the community to take care of their families, especially at such a time when we are faced with hunger,” she said.

“We have not had good agricultural seasons for some time and fish farming might be a way for us to put food on the table, especially for us women since we bear the brunt of taking care of the family most of the time.”

Another villager, Ms Betty Chivhombo, said although too many people had their eyes on getting land in irrigation schemes around the dam, it was not everyone who would benefit.

She expressed hope that those who did not get land would get fishing permits.

“We are looking forward to being able to benefit from the projects that will come from Marowanyati Dam,” said Ms Chivhombo. “We are particularly looking at farming, if we can get small plots for farming we would be happy because that is what we know best.

“But there are too many people waiting for the same opportunities, so we hope we will benefit from other projects like fishing. We have children who are not employed and this would be a good opportunity for them to change their lives for the better.”

In 2018, Buhera was one of the districts affected by Cyclone Idai and this caused erosion of part of the spillway return channel and submersion of the rockfill toe at the dam.

But the huge flow that resulted allowed water levels to rise significantly and according to Eng Katsande, the dam now has more than enough water to continue feeding all the targeted areas.

This has meant that the residential and industrial areas have not been affected by water shortages for more than three years now.

There is even enough to supply the growing suburbs of Murambinda with potable water.

A resident of Murambinda, Mr Steven Chirume, said water woes were a thing of the past as they were receiving running water every day.

“Since 2017 when the dam started supplying water to the residential areas, we have not had a challenge of water shortage,” he said. “In the past, we would get water twice a week, but now the only time we have no running water is when we have power challenges, which is not often.

“Supply is constant even when boreholes and other water points are drying up because of the drought.”