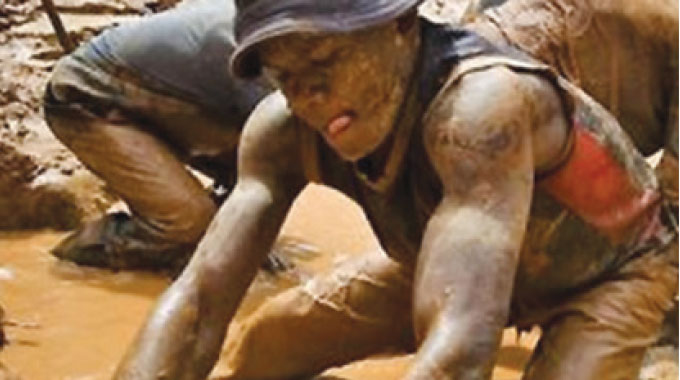 George Maponga in Masvingo
The Zimbabwe Defence Forces has completed de-mining areas around  Gonakudzingwa Restriction Camp in southern Chikombedzi in a development expected to pave way for its enshrinement as a National Monument.

Mapping of actual co-ordinates at the camp, which hosted eminent nationalist leaders mainly from the then ZAPU led by the late veteran nationalist Dr Joshua Nkomo during the reign of the heinous Rhodesian regime, was hampered by mines planted in the area.

The mines were planted by the Rhodesian colonial government in a bid to thwart the infiltration of guerillas into the country from Mozambique to fight for political independence.

National Museums and Monuments of Zimbabwe Masvingo regional director Mr Lovemore Mandima yesterday said the successful de-mining of areas around Gonakudzingwa by the ZDF was a welcome development.

He said mapping of the Gonakudzingwa core area ahead of its enshrinement as a National Monument was delayed by landmines, which made it hard to access some areas that housed the original restriction camp.

“We are very happy now that the army has finished clearing the area around Gonakudzingwa of land mines and they have given us the all clear to undertake mapping to come up with clear co-ordinates of the core area that used to house camps at Gonakudzingwa,” he said.

“Our team will soon move to the area to the mapping of course with the assistance of the army, who carried out the de-mining in the area and Chiredzi Rural District Council who are the owners of the land,” he said.

Mr Mandima said mapping of the exact co-ordinates of the Gonakudzingwa’s core area will help them come up with a complete nomination dossier that will be send to Government for Gonakudzingwa to be declared a National Monument.

He said his department wanted Gonakudzingwa to undergo upgrading after its declaration as a monument for it enjoy visitorship akin to what is happening to other sites of similar nature around the country.

Enshrinement of Gonakudzingwa camp will come with accompanying socio-economic benefits for remote southern Chikombedzi along Zimbabwe’s border with Mozambique.

Mr Mandima said if declared a National Monument, Gonakudzingwa will help push Government, the local authority and other players to seriously consider rehabilitation of the battered Chiredzi-Sango road.

The road is in very bad shape but its rehabilitation will not only accrue a lot of economic benefits for Sango Border Post but also promote cross-border trade between Zimbabwe and Mozambique.

Located a few metres from Sango Border Post, Gonakudzingwa’s shadow looms large in the history of Zimbabwe’s liberation as it was once home to nationalist leaders such as Dr Nkoma, the late Vice President Joseph Msika, and late national hero Cde Josiah Chinamano among others who were banished there by the Smith regime in the 1960s in a bid to deflate their nationalist zeal.

The camp was tucked deep in the midst of nowhere surrounded by a wildlife-infested jungle,which made it impossible for inmates to escape.

While a large component of the Zapu nationalist leadership was at Sikombela, their Zanu colleagues were restricted at Sikombela.