Source: Deal with grievances by health workers instead of majoring on the minor – NewsDay Zimbabwe 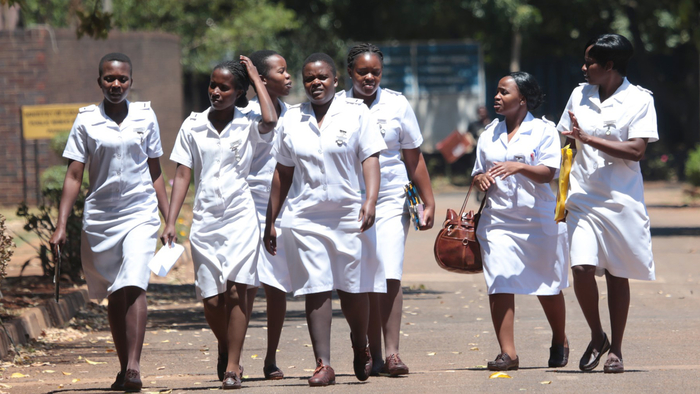 REPORTS that nurses under the Zimbabwe Nurses Association (Zina) banner have dragged Vice-President and Health and Child Care minister Constantino Chiwenga to court for facilitating the formation of a splinter union came as no surprise at all given our government’s propensity to major on the minor.

Instead of addressing health workers’ perennial welfare concerns which have seen over 2 000 of them leaving the country for greener pastures, our government saw it fit, in its wisdom or lack of it, to facilitate the formation of a splinter union to counter Enock Dongo’s outspoken Zina executive.

The Nurses and Midwives Council of Zimbabwe board was allegedly set up last month to counter the combative Zina which has been critical of the manner in which the government is tackling the welfare of health workers.

This came shortly after Chiwenga introduced pieces of legislation such as the Health Services Amendment Bill, which is set to limit the period in which health professionals can engage in industrial action.

The amendment includes a bizarre clause which limits strikes by health professionals to only three days at any given time. This is a brazen attack on the right of health workers to demonstrate as enshrined in the Constitution.

Government and health workers have for several years been at loggerheads over poor working conditions. This has led to the restive health workers going on strike which ground public hospitals to a standstill with patients in serious need of treatment being turned away.

The measures by Chiwenga, however, do not resolve the issue of poor working conditions characterised by paltry salaries which have been eroded by the volatile exchange rate.

Attempts by Chiwenga to browbeat workers do not address the perilous conditions at public hospitals which have turned them into death traps as a result of lack of basic equipment and drugs. It will also do little to stem the massive brain drain in the health sector.

As usual, Chiwenga is majoring on minor issues by trying to set up a pliant splinter group of nurse representatives while failing to address the major challenges in the health sector.

Government should show more commitment in sorting out the mess in the health sector rather than instilling fear in its workers. Its half-hearted commitment to the health sector is evidenced by its continued failure to allocate 15% of the country’s revenue to health as prescribed by the Abuja Declaration of 2001, even amid the deadly COVID-19 pandemic which has claimed more than 5 000 lives countrywide.

Chiwenga should know that running the health sector is not the same as commanding soldiers in the barracks.  More sensitivity and tact is required. The sooner he appreciates this, the better.