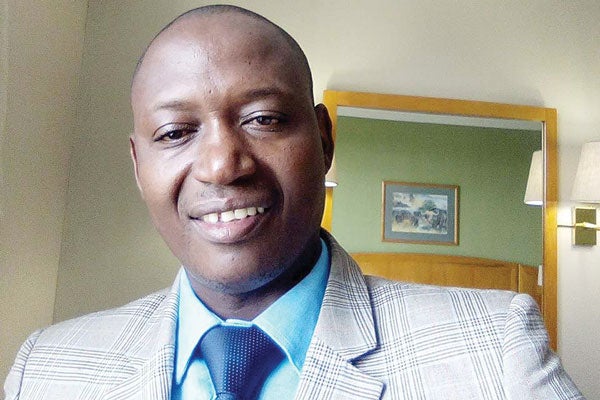 Karoro, who was coming from his constituency, Mbire, stopped at the CBZ Bank, Mvurwi branch, after noticing meandering queues and had the time to listen to farmers’ grievances before assuring them of speedy action.

The farmers, who are now receiving their funds through banks said the process was too demanding and required them to travel a number of times, draining their meagre resources.

“Most of us do not stay here in Mvurwi, we have farmers from Guruve, Centenary, Muzarabani and Concession coming to CBZ Mvurwi to open a command agriculture account, which is not done in one day as it involves a lot of paper work. As farmers we are saying the transport cost is too much for us. It should be done through mobile banking,” Muzarabani farmer, Misheck Marezva, said.
Another farmer from Guruve, Debra Zivanai, implored the deputy minister to consider decentralising inputs distribution as was the case in the past.

“Honourable deputy minister may you as the government assist us by making sure that we receive our inputs at depots close to us rather than centralisation as we are spending too much time on the road and not in the fields. For example, we are getting our diesel in Bindura. Why not give the fuel to service stations that are in our areas?” she lamented.

Another farmer said those from Centenary were getting inputs from Mvurwi, Harare or Concession, while those from Guruve travel to Mvurwi.

Karoro said: “Inputs distribution may appear to have been centralised at the beginning of the programme. The truth is government and all stakeholders are working flat out to make sure farmers travel shorter distances to inputs collection centres.”

Farmers also raised concern that they were being forced to open new accounts when they already had command agriculture accounts from last year. They said there were variations in account opening deposits, with Harare banks demanding between $20 and 30 while the Mvurwi bank demanded $100.

Karoro said: “On the variations in account opening deposits, it’s not true that farmers are made to pay different amounts. The correct position is that farmers are asked to deposit $50 and if a farmer decides to deposit $100 that’s their choice and to their advantage. After all it’s their money.”