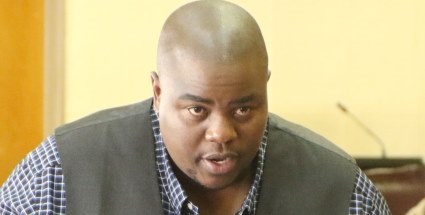 HARARE – Controversial businessman Wicknell Chivayo says he could have
completed the 100 megawatt (MW) Gwanda solar project in eight months had
it not been for the Zimbabwe Power Company (ZPC) board’s intransigence,
documents show.

The development also comes as the Intratrek Zimbabwe (Intratrek) founder
has told President Emmerson Mnangagwa that he had completed about 80
percent of pre-commencement works on site and further delays to the
project had been occasioned by procedures around financial closure to the
$140 million plant.

“We respectfully submit that… this letter is purely informed by the
obligation upon any entity implementing a project of national importance
to report on progress… to all key stakeholders… This report…should,
therefore, not be construed to be a direct response to the various
allegations of omission and commission on the part of Intratrek… or on
the person of… the company’s managing director,” Chivayo said in a June
25 letter.

“With specific regards to the 100MW Gwanda solar project, Intratrek
enlisted the services of Chint… as its technical partner. On the
strength of this partnership… Intratrek participated in a tender
flighted by ZPC in 2013… to submit three envelope bids to construct a
photovoltaic (PV) solar plant (and) was awarded by the State Procurement
Board on the principle of having the most economical, and advantageous
cost differential..,” he said.

“The award was also based on a consideration of Chint’s technical
competence to execute the project at a minimal cost to ZPC. The tender
was, therefore, awarded… as the lowest bidder to specification (and) we
find it imperative to note..,” Chivayo said, adding they have never
“styled themselves as experts in the manufacturing and construction of
solar PV farms, and no Zimbabwean entity had prior knowledge of
implementing projects of that magnitude”.

While Intratrek had listed China Eximbank as financier for the Matabeland
South project on bidding in 2015, the latter had only expressed its
willingness to fund the power project based on “the Zimbabwean
government’s ability to clear arrears with Sinosure – the guarantor of all
funding from Beijing.

And part of Chivayo’s defence is that he had done fairly well as compared
to other ZPC contractors, notably ZTE Corporation and Number 17
Metallurgical China.

“It is, therefore, clear that ZPC’s complacency has caused delays in
implementation of the project. ZPC is not obliged to secure funding for
the project, but should render all practical assistance to the contractor
to ensure that financial close is reached. The ZPC has been intransigent
and has assumed powers… of the ministry. The board has been sailing in a
direction that is inadvertently opposite to the ease of doing business,”
the flamboyant businessman said, hinting he had no joy in resolving the
Sinosure matter after engaging the ZPC tribunal.

Crucially, Intratrek has not only submitted its feasibility and
geo-technical surveys – at a cost of nearly $3 million, and thus limiting
ZPC’s exposure from the $5,1 million it had paid already – but projects of
this nature had longer gestation periods, as typified by the Hwange and
Kariba South power stations, which took no less than three years.

Despite tabling alternative funding models based on raising finances from
the local market, including energy bonds from CBZ Bank Limited, a phased
25MW development of the project and pledges of a $52 million advance
payment from Chint, Intratrek says it has not had any responses from the
project owners.

The intervention from the Asian behemoth would not only represent nearly
30 percent of total project cost, but cover possible performance risk and
while the phased development of the project would help with maximising on
lost time.

“CBZ expressed willingness to… raise the required funds for the project.
Notwithstanding Intratrek’s proposal and the minister’s strong
recommendation… the ZPC non-executive board… contemptuously refused,
neglected and or rejected to implement the proposed option for reasons
unknown to us,” Chivayo said.

According to the plea, the energy upstart has cleared over 80 hectares of
the Gwanda farm and made progress against the odds, especially lack of
support from the ZPC – and the Zimbabwean sovereign debt issues. –
Financial Gazette