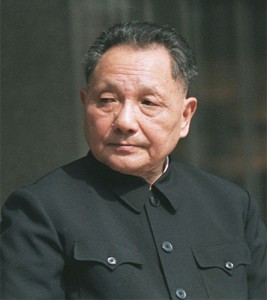 THERE is an intriguing symmetry to the manner in which President Emmerson Mnangagwa and former Chinese reformist leader Deng Xiaoping rose to power.

Both succeeded founding stalwarts of their revolutions, but only after surviving purges by ageing revolutionary icons they had looked up to for most of their political lives ― Mao and Mugabe.
Deng’s ascent was almost checked by the Gang of Four, which was led by Mao’s wife, while in Zimbabwe, Mnangagwa was briefly hounded out of his ZANU-PF party by a faction dubbed G40, led by Mugabe’s wife.
Before they assumed top leadership, both Deng and Mnangagwa had to endure protracted periods of public denigration by their parties. In China, the Gang of Four spearheaded the ‘Criticise Deng’ campaign, while the G40 group in Zimbabwe pursued a sustained two-year campaign of public rallies to malign Mnangagwa, culminating in his expulsion from ZANU-PF on November 8, 2017.

Deng was 74 years old when he became China’s paramount leader in 1978, Mnangagwa starts his presidency at 75. Both having prevailed after brutal power struggles.

After having seen off his internal rivals, Deng set about to institute broad, far-reaching reforms that form the basis of modern-day China. Policies under Deng’s “socialism with Chinese characteristics” propelled China’s economy to sustain 10 percent annual growth for three decades, becoming the world’s second largest economy in the process.

As the ageing Mao faded, so was China’s revolutionary dream. The country was not just an isolated backwater that could not feed its billion people.

The Chinese Communist Party had a decision to make ― move with Deng and embrace market reforms, or stay the Maoist course despite its ruinous consequences.

“We would rather eat socialist weeds than capitalist seedlings,” was the rallying call among Maoist ideologues opposed to Deng’s reforms.
But Deng persisted, and prevailed.

Starting with the farming communes, which had been introduced in the 1958 after the amalgamation of farms but which reaped nothing more than whirlwind, Deng pushed reforms that reversed widespread low productivity and hunger by introducing the profit motive.
China could, once again, feed herself.

Similarly, Deng aggressively drove the modernisation of China’s southern seaboard through the creation of special economic zones where investors ― almost exclusively from the west ― enjoyed competitive tax and other incentives.

As a result, these zones blew up into a series of what one western China watcher would describe as instant noodle megalopoli.

At this pivotal moment in China’s history, Deng reasoned: “It doesn’t matter if a cat is black or white, so long as it catches mice.”

Despite his reputation as a “pro-business” politician, not much is known about Mnangagwa’s policy stance. This is largely because, under former President Robert Mugabe, government officials dared not second guess his often ruinous populist economic policies.

The new president has indicated plans to institute reforms and rebuild Zimbabwe’s economy, acknowledging the hardship of the past two decades.

In a 2015 interview with Chinese state media during a visit to Beijing, Mnangagwa expressed admiration for the reforms brought about by Deng.

Saying Zimbabwe was 15 to16 years behind in terms of technology, infrastructure and agricultural development, Mnangagwa said the country needed to create attractive conditions for investment into these sectors.

“Capital is capital, it will go where it finds comfort, so we need to do that ease of doing business environment, those are the tasks we face. We have to look at even the legislation in the country,” he said then.

“We have to reform, we also are now looking at the reform measures your country has gone through. This might also help us in the process of reforming our own systems in order to catch up with the current world practices so that we are part of the general global practices if we are going to move forward with other people.”