Zvamaida Murwira Senior Reporter
The legitimacy of President Mnangagwa will not form part of the agenda for inter-party national dialogue as he was duly elected as Head of State and Government before his election was confirmed by the Constitutional Court (Concourt), a senior Zanu-PF official has said.

In an interview with Zimpapers Television Network (ZTN), Zanu-PF secretary for Legal Affairs Cde Munyaradzi Paul Mangwana said the ruling party will not entertain attempts by MDC-Alliance to put President Mnangagwa’s election as the President of the country on the agenda when the dialogue begins.

He said every Zimbabwean had an obligation to recognise the result of an election, which was pronounced by the Zimbabwe Electoral Commission (ZEC) before endorsement by the Concourt.

“It is an obligation upon every political player in the country to recognise the pronouncement by the Constitutional Court. So the issue of the election of the President is not on the table and will not be on the table because a decision has been made by the highest courts on that particular issue. We are not entertaining any discussion on that,” said Cde Mangwana.

“We are saying we have a Government in place led by President Mnangagwa, but there are areas which require improvement from a social, political and economic perspective, let us discuss those issues with full recognition that there is a President who was elected by the people of Zimbabwe that is the context under which we are discussing. We are not discussing the legitimacy or otherwise of the election of the President. It is not an item on the agenda.”

He reiterated that the dialogue being prepared had nothing to do with power sharing saying Zanu-PF got a full mandate from the people to run the country for the next five years.

Cde Mangwana said the national dialogue being driven by President Mnangagwa was running together with another one comprising political parties represented in Parliament to discuss legislative and budgetary issues. 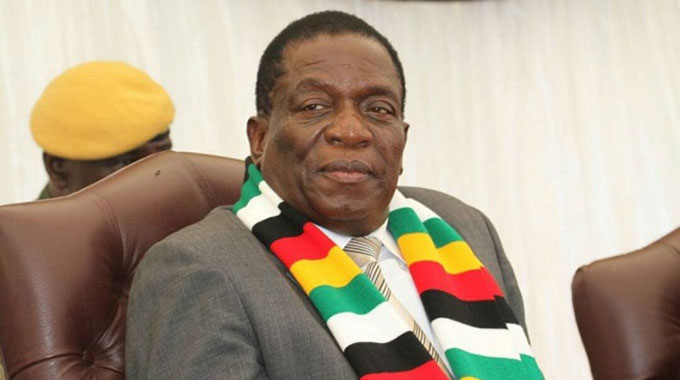 “After the constitutional programmes the dialogue continued looking at legislative reforms, we have participated in the interparty dialogue all along but after the election which led to President Mnangagwa being elected as the leader of this country, the MDC Alliance said it will not recognise the outcome of the presidential election and we said, ‘look if you cannot recognise our principal as leader we have difficulties in engaging you’,” said Cde Mnangagwa.

“Efforts were ofcourse made to mediate on that particular issue and it continued until last week we decided to meet if we could find common ground. This did not only include MDC Alliance but two other political parties in Parliament because our framework of negotiation is premised on political parties represented in Parliament. “

He said the last meeting in Bulawayo was to look at the framework under which parties should engage and it was also meant to orient new political parties like National Patriotic Front which is being represented by Mr Masango (Blackman) Matambanadzo.

A technical committee to come up with items to be placed on the agenda was constituted and another meeting will be held in two weeks.

“We are discussing critical issues to take our economy forward, how do we ensure that the youths in our party live in peace, that they sing from the same hymn book, as political parties how do we reduce tension, what should be the approach to the budget in Parliament,” he said.