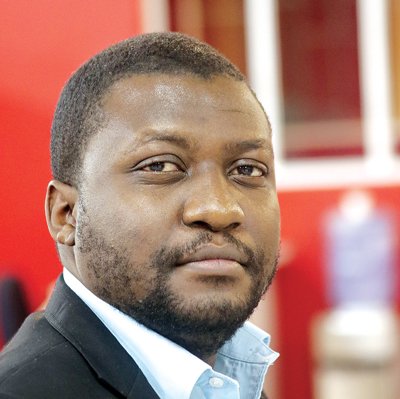 The dust raised by Zimbabwe’s Internet shutdown has finally settled and it is now the appropriate time to see what lessons we can glean from that incident.

Before the Internet shutdown, digital rights were an abstract issue for most Zimbabweans.

The importance and impact of digital rights in our daily lives was not really apparent or felt — that was until the six-day shutdown, which shall go down in history as one of government’s most brazen attacks on our constitutional liberties.

A number of reasons have been bandied about to justify the draconian approach, with some saying it was meant to stop protesters from organising, while sceptics argued that authorities wanted to use the cover of the Internet blackout to unleash a wave of terror.

Whatever reason, what has become apparent is that the Internet shutdown was illegal and should not have happened in the first place.

It had to take the intervention of the Media Institute of Southern Africa Zimbabwe chapter (Misa), which went to court to challenge the shutdown and have the full Internet services restored.

In light of the events of the past few weeks, it is important to take a step back and define what digital rights are and how Zimbabweans could demand that these be honoured.

The term digital rights gained prominence in 2012 when the United Nations Human Rights Council resolved that the “same rights that people have offline must also be protected online”.

Various United Nations organs reaffirmed this position in 2014 and 2016.

This means the rights that are enshrined in our Constitution, like free speech and freedom to assembly, also exist in the online world.

However, before a person has to be able to access the Internet, they can exercise their right to free speech or access information online.

When the Zimbabwean government blocked access to the Internet over those six days in January, it actually violated citizens’ rights to free speech and the right to assembly, among several rights, because citizens could not access or use those Internet services where they (citizens) could exercise their fundamental rights.

One can argue that we are concentrating on political rights and ignoring that the security situation was rapidly deteriorating and action had to be taken, but this would be a self-serving and disingenuous argument that fails to see the bigger picture.

Another lesson learnt was that Internet shutdowns have an impact on the nation’s economic prospects.

This was a hard lesson for President Emmerson Mnangagwa as at the time of the shutdown he was preparing for the World Economic Forum’s (WEF) Davos meeting.

Ironically, WEF is wary of Internet shutdowns even when the justification is for security reasons.

For example, in a post on its website, WEF wrote, “the conundrum is how to ensure protection while retaining the critical underpinnings of our democratic systems — free speech, freedom of assembly and association, and, critically, the right to privacy”.

The Internet shutdown flew in the face of Mnangagwa’s assertion that Zimbabwe is open for business.

The shutdown greatly weakened investment prospects in Zimbabwe because no serious investor would invest in a country that shuts down the Internet at the slightest whiff of unrest.

Most of the investors that Zimbabwe is courting are from Western nations and in these countries, freedom of expression and of the media and free communications are a hallmark of their governance systems.

Additionally, the shutdown constrained not only the flow of information around the protests, but it restricted the flow of business related to information and communications including Internet-based banking services and transactions, yet another deterrent for the potential investors Zimbabwe is currently fighting hard to attract.

Figures of how much Zimbabwe lost during the Internet shutdown vary, but what is agreed upon is that Zimbabwe’s already fragile economy took an additional hammering as a result.

This restriction of the flow of information leads to the next lesson, namely that during the shutdown even government could not get critical information to Zimbabweans.

For example, Mnangagwa took to his Twitter and Facebook accounts calling for calm, but because the Internet was blocked, the intended audience did not get the message and the whole episode looked somewhat farcical.

What further compounds the situation for Zimbabwe is that the United Nations has, in the past, spoken out strongly against Internet shutdowns.
The world body condemned the blocking or throttling of the Internet, with Access Now officially lauding the UN for its move before adding that: “Development and human rights protections are strengthened in tandem when networks remain open, secure, and stable. All stakeholders, from telcos to activists to judges, must band together to demand an end to shutdowns.”

It is now important that civil society, as Misa did, lobby Parliament and the executive on digital rights, by pointing out how archaic Internet shutdowns are in trying to stop sharing information and that shutdowns do more harm to the country’s reputation than good.

It is imperative that free speech organisations have awareness campaigns, where they target influencers and community and thought leaders with a message that digital rights are as sacrosanct as the other rights in the Constitution and government should do all within its power to ensure that all freedoms are honoured.
Organisations that support free speech ought to be strengthened, because it seems Zimbabwe has gone on a slippery slope, where authorities think resorting to Internet shutdowns can help prevent protests.

There is nothing to suggest that government will not try this again.