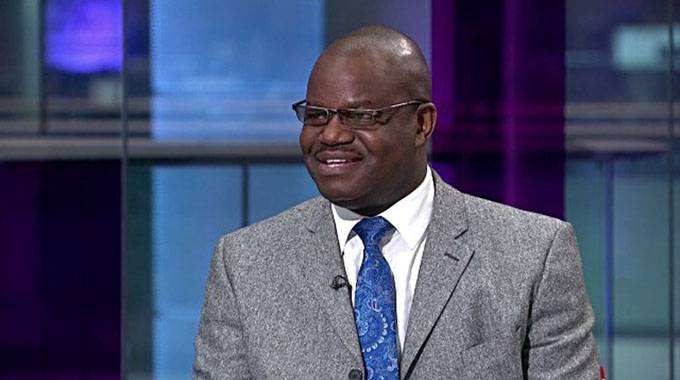 Elita Chikwati Senior Reporter
Government is prepared to engage the private sector in mobilising funds to complete the digitisation programme, which is expected to create employment in the broadcasting industry.

Mr Mangwana said the digitisation programme required $100 million, but the ministry would soon avail a breakdown of the requirements so that the committee could advise accordingly.

“We expect to work with our business partners so that the national programme is completed,” he said. “The programme will empower many people through content production, film making, the technical side of things and those who maintain the transmitters. We will show how digitisation will create downstream employment.”

Mr Mangwana said the Ministry of Information, Publicity and Broadcasting Services was in the process of coming up with new boards for most of the parastatals under it and that the new boards will be gender balanced.

“It’s a process, there is a lot of vetting. We got our CVs and we have put them together and everything is going to be done according to the process.”

Mr Mangwana said the ministry was yet to decide on some boards as they were not yet clear on whether the institutions will be absorbed or not.

“There are a few that we have not decided which way we are proceeding with the parastatals themselves,” he said. “You would imagine something like New Ziana, we have not decided what we are going to do with it. If we are going to absorb it into the ministry or make a suggestion under a different direction, so we would not rush to put up a board there until we have decided.

“We point to Kingstons as well, we have not made a decision on which direction we are going to take with it as a parastatal, so there is no point in putting up a board when you do not know which way you are going to go with the parastatal.

“We are looking at the history, we are looking at the market to see whether there is still room for such institutions. If there is no room we will save a lot of money by closing it down, but we are not suggesting we are going to close it down. We are just saying it is one of the options available to save public funds.

“Most parastatals, not only in our ministry, have been underperforming and making losses. Most of them have been a drain on the fiscus, that is a fact, but some that are not parastatals have been making money, for instance Zimpapers made $4 million in terms of profit. That is a lot of money and Government is just a shareholder.”

The parliamentary portfolio committee instructed all parastatals under the Ministry of Information, Publicity and Broadcasting Services to submit their financial statements for the period from January to September this year before presenting their requirements for the 2019 National Budget.

The parliamentary committee felt that the parastatals such as ZBC, Broadcasting Authority of Zimbabwe, New Ziana and Transmedia, among others, did not bring the adequate documents for presentations and instructed them to bring them on Monday and appear before the committee again on Thursday.

The committee chairman, Mr Prince Dubeko Sibanda, said very soon, the committee would demand to see the CVs of all the boards for the parastatals under the Ministry and would want to know how the people were appointed.

Mr Mangwana said he had no problems in availing the required information.

“We expect our Parliament to support our cause,” he said. “They have the right to ask any questions so they know how to assist us and we are prepared to give them the information they require. We will ensure our parastatals are more accountable to the people of Zimbabwe.”