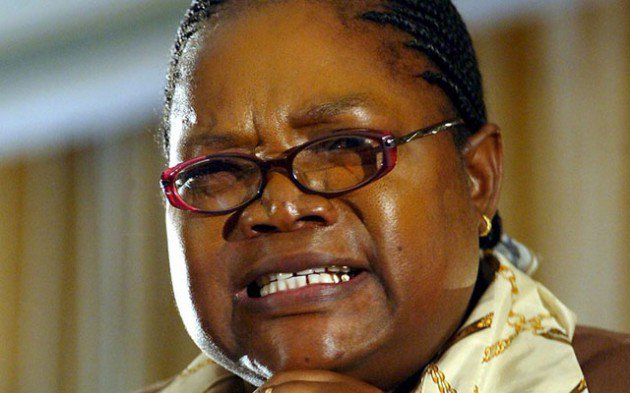 The NPP, which is an off-shoot of Dr Mujuru’s maiden voyage in opposition politics after her expulsion from Zanu-PF, also held its electoral congress.

Besides failing to fill the relatively small City Sports Centre, it was the events behind the scenes that drew the attention of many observers and the media.

“Mubaiwa, with the support of party members such as Cuthbert Ncube, were against the appointment of Mavhaire as the national chairman, opting for a younger member,” said a source in the party.

“Mavhaire also accused those against his appointment of trying to hijack the party while getting rid of founder members.”

In her keynote address, Dr Mujuru opened up to a coalition with MDC-T leader Mr Morgan Tsvangirai, who also graced the event, together with Zapu leader Dumiso Dabengwa and leaders from other small parties.

“Zimbabweans are clear on what to do for us to be in these elections,” said Dr Mujuru.

“For once, you want an opportunity to air your views on what type of a leader you want. Boardroom decisions are not detectable here. We know that we have over stretched your patience, but remember, we are from different parties, with different backgrounds and negotiations seem to take a bit longer than anticipated.”

Dr Mujuru said they were still working on the “modalities” of a grand coalition. Mr Tsvangirai said despite the launch of the MDC Alliance during the weekend, the coalition talks were still inconclusive.

“I was listening to the proposals that you were putting on the table,” he said in his address. “I see no conflict with our values and ideas as MDC. So where is the problem?

“We cannot be divided on the basis of personalities. If we are agreed this is the direction we are going to face as a country, why don’t we put these efforts together?”

He added: “Last week we launched the MDC Alliance as a coalition of agreed parties. We said at the time, we believe in the big tent. We believe in the unity of the people of Zimbabwe. And that 2018 is the only opportunity for the democratic opposition of Zimbabwe to win power.”

The NPP was formed in March this year after Dr Mujuru and other members of the Zimbabwe People First party, which she formed when she left Zanu-PF, turned against each other.

Dr Mujuru had fired seven senior members of the party, who in turn announced her counter expulsion. The counter expulsion forced Dr Mujuru to form NPP, which has been rocked by internal fights, including street brawls among its members in a bid to settle disagreements.

Addressing guests at a dinner hosted by Zimbabwean Ambassador to Iran, Nicholas Kitikiti this week, President Mugabe said Zanu-PF was not disturbed by the coalition of opposition parties ahead of the 2018 harmonised elections.