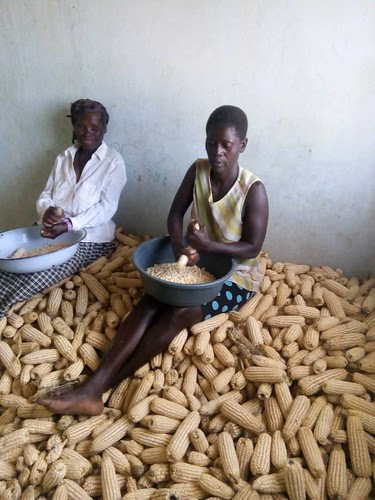 Human rights lawyer Beatrice Mtetwa, in an open letter to President Mnangagwa, has passionately condemned the abduction and sexual abuse of three young MDC women leaders which has once again turned the eyes of the world on Zimbabwe.

Mtetwa said the victims were clearly targeted ‘in the most despicable of ways’ to dissuade young women from engaging in politics outside the ruling party. Addressing General Valerio Sibanda as head of the defence forces, she said that if soldiers were involved he was as responsible ‘as if you held that gun that was used to simulate sexual intercourse’.

Turning to Police Commissioner General Matanga, she said the women had been stopped at a roadblock manned by uniformed police and taken to the central police station where they were released to unknown third parties, ‘The buck stops with you on how arrested persons were unlawfully removed from your premises by abductors and torturers’.

Taunting the State Security Minister, Owen Ncube, Mtetwa said scornfully that if his agents were not involved he should at least look as if he cared. ‘You can even resort to a few fall guys, who will take the can and be pardoned thereafter as has happened many times before.’ (See: https://www.newzimbabwe.com/beatrice-mtetwas-open-letter-to-president-emmerson-mnangagwa/).

Mtetwa’s scepticism about justice in Zimbabwe seems to have been borne out by the reaction of Justice Minister, Ziyambi Ziyambi who, when questioned in Parliament, said the three women had broken the law by taking part in a demonstration and violating the lockdown rules and were wanted by the police for questioning. He added that they seemed very happy in hospital (see: https://bulawayo24.com/index-id-news-sc-national-byo-185781.html).

One of the women is quoted by the Zimbabwe Mail as saying: ‘They ordered us to sing a song, saying that we are going to stop leading demonstrations. Whenever we stopped they would beat us under the feet and on our legs. We were put in shallow holes in the middle of nowhere. They gave me the nickname Dolly Parton as they took turns sucking my breasts. They forced us to drink our urine and then stripped me,” she said of her ordeal in between sobs. ‘I thought they were going to rape me. They then shoved a gun into my private parts.’ (See: https://www.thezimbabwemail.com/main/eu-us-lobbies-for-mnangagwa-opposition-talks/.)

Subsequently a senior official of the Artuz teachers’ union, Moreblessing Nyambara, said she had been beaten up by suspected state security agents in Domboshava over a video she posted on social media protesting at the abduction of the three MDC women (see: https://www.newsday.co.zw/2020/05/artuz-leader-tortured-over-video-of-mdc-abductees/).

Western Heads of Mission in Zimbabwe have issued a statement insisting that Zimbabwe meet its international human rights obligations. They demanded a swift, thorough and credible investigation into the abduction and torture of the MDC women and urged a constructive dialogue between government and opposition (see: https://www.gov.uk/government/news/local-statement-on-human-rights-situation-in-zimbabwe).

·       The authorities have stamped down on a free feeding charity used by hundreds of hungry children and desperate adults in the Harare township of Chitungwiza. It was run by a lawyer Samantha Murozoki from her home but she has now been ordered to stop because the project did not ‘meet minimum requirements for a feeding kitchen’.

·       Some good news: ROHR’s Mtoko Irrigation Project in aid of women living with HIV/AIDS in rural Zimbabwe has had its first harvest. Well done to the Mtoko women and to all our Vigil activists who contributed to the fundraising for this project. For photos see: https://www.flickr.com/photos/zimbabwevigil/albums/72157714435421202.

·       Prisons in Zimbabwe are short of Zanu PF inmates so former police chief Augustine Chihuri would be a welcome addition. But somehow we doubt it will result from the Prosecutor-General’s High Court application for an order compelling Chihuri to explain what happened to US$ 32 million he is said to have diverted for his own use (see: https://www.thezimbabwemail.com/zimbabwe/ex-zimbabwe-police-chief-accused-of-embezzling-32m-of-public-funds/).

·       Everyone knows that if you are Zanu PF you can get away with anything. Particularly if you are Mnangagwa’s son Tarirai. He is accused of threatening to shoot a Zesa employee sent to record the electricity meter reading at his farm in Norton, west of Harare. Tarirai apparently fired into the air and said his farm was ‘State House and protected place’ (see: https://www.thezimbabwemail.com/zimbabwe/mnangagwas-son-in-gunning-totting-storm/).

·       This abuse of the state by the elite is increasingly recognised by the international community as a major problem. The EU’s Ambassador to Zimbabwe, Timo Olkkonen, said budgetary support for Zimbabwe’s bankrupt government was not under consideration, citing ‘massive misuse’ of public funds (https://www.theindependent.co.zw/2020/05/15/eu-refuses-to-fund-corrupt-zim-admin/).

·       Because of the coronavirus we can no longer physically meet outside the Zimbabwe Embassy in London, so we have started a virtual Vigil. We asked our activists to put on Vigil / ROHR / Zimbabwe regalia and take a photo of themselves holding an appropriate poster reflecting our protest against human rights abuses in Zimbabwe. The photos are uploaded on our Flickr site.

·       For Vigil pictures check: http://www.flickr.com/photos/zimbabwevigil/. Please note: Vigil photos can only be downloaded from our Flickr website.

·       The Restoration of Human Rights in Zimbabwe (ROHR) is the Vigil’s partner organization based in Zimbabwe. ROHR grew out of the need for the Vigil to have an organization on the ground in Zimbabwe which reflected the Vigil’s mission statement in a practical way. ROHR in the UK actively fundraises through membership subscriptions, events, sales etc to support the activities of ROHR in Zimbabwe. Please note that the official website of ROHR Zimbabwe is http://www.rohrzimbabwe.org/. Any other website claiming to be the official website of ROHR in no way represents us.

·       The Vigil’s book ‘Zimbabwe Emergency’ is based on our weekly diaries. It records how events in Zimbabwe have unfolded as seen by the diaspora in the UK. It chronicles the economic disintegration, violence, growing oppression and political manoeuvring – and the tragic human cost involved. It is available at the Vigil. All proceeds go to the Vigil and our sister organisation the Restoration of Human Rights in Zimbabwe’s work in Zimbabwe. The book is also available from Amazon.

Newer Post
Abduction, torture of activists: Are Zimbabwe’s dark days back?
Older Post
Cases of torture in Zimbabwe: Six years after the Torture Docket case – What is the current status of the investigation?