Dr Gwaradzimba succumbed to Covid-19, while Cde Malianga (91) had been ill for some time.

Permanent Secretary in the Ministry of Home Affairs and Cultural Heritage, Mr Aaron Nhepera, yesterday confirmed the possibility of a double burial ceremony, with arrangements now being made and recommendations given. However, no final decisions have been made yet.

The two were conferred with national hero and national heroine status by President Mnangagwa on Saturday for their contributions to the liberation struggle.

On April 13, 2016, Cdes Victoria Chitepo and Vivian Mwashita were interred at the National Heroes Acre on the same day, while Cde Maud Muzenda, the widow of Vice President Simon Muzenda, and Cde George Rutanhire were also buried at the same ceremony on August 26, 2017.

Cde Malianga was founding president of the National Democratic Party (NDP) in 1959. After the NDP was banned in December 1961, he became Zapu secretary for Public Affairs and was Zanu PF’s first secretary for Youth and Culture, appointed at the party’s first congress of May 1964.

In 1965, he was arrested by the settler regime for his liberation efforts and spent 10 years in prison.

During his time at Salisbury Maximum Security Prison, Cde Malianga obtained a Bachelor of Commerce degree, majoring in economics, business economics and accounting.

After his release from prison in December 1974, he worked with other members of the Zanu Central Committee in mobilisation for the liberation war. He attended the Victoria Falls talks, the Geneva Conference and the Lancaster House Conference. 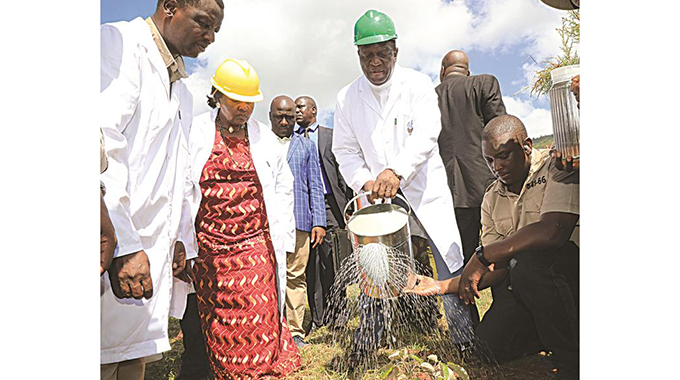 Cde Malianga had a special interest in media and when he was in exile in Cairo, Egypt, around 1963, he edited a journal called the Zimbabwe News which was distributed to diplomats.

He also sat on the Zimpapers Board.

In 2018, she was elected a Senator for Manicaland with the party asking her to concentrate on Mutare and its surrounding areas, to area covered by the constituencies of Mutare Central and North, Mutasa South and Dangamvura-Chikanga.

Dr Gwaradzimba was appointed Manicaland Provincial Affairs Minister in 2018, a post she held until her untimely death.

She is survived by three sons.