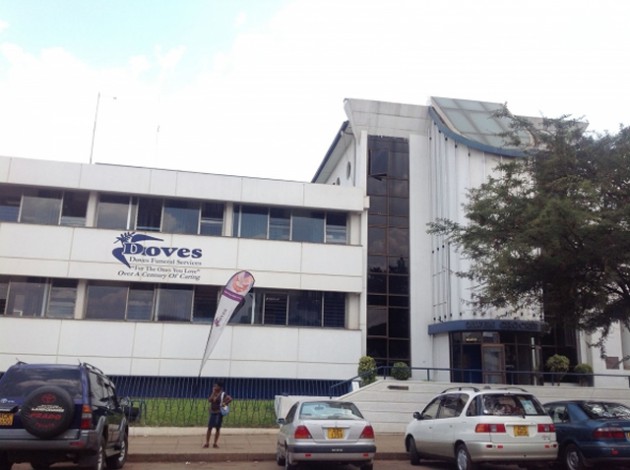 THE High Court has blocked a Doves Holdings shareholder and a top executive from stripping assets of the leading life assurance firm as a bitter ownership row rages.

Farai Matsika,  a shareholder, and Doves’  chief operating officer Edson Gatsi were  taken to court by  Phibeon Busangabanye, another shareholder,  who wants them removed from the company.

Matsika and Busangabanye have been fighting for the control of Doves.

Busangabanye, a director of Transfrontier Investments, an investment vehicle used in the acquisition of the Doves group, accused the duo of registering a Doves property, stand number 11 479 Salisbury of Salisbury Township measuring 1,1315 hectares, under Matsika’s  Faramatsi Motors.

But in a provisional order delivered on May 6, Harare High Court judge Justice Pasirayi Kwenda ordered Matsika and Gatsi to stop the selling of any assets before the matter was finalised.

The two were given 10 days to file a notice of opposition.

“Pending final determination of this matter, case No HC1710/21, 4th and 5th respondents be and are hereby restrained and prohibited from whether directly or indirectly transferring, encumbering, bequeathing, selling off or disposing any assets of the 4th and 5th respondents including Stand 11379 Salisbury, Graniteside measuring 1,1315 hectares held under deed of Transfer number 3840/2019 which is presently registered in the name of 2nd respondent,” part of Justice Kwenda’s order read.

“First and third respondents be and are hereby directed not to do anything or perform any act preparatory to, directly or indirectly the effect of which is to encumber, dispose, bequeath, donate or transfer any assets movable or immovable of first respondent.”

Matsika and Gatsi were ordered to pay the cost of the suit.

In his urgent chamber application dated April 24, Busangabanye, represented by lawyers, Rusunahama-Rabvuka Attorneys, argued that a delay in expelling the two threatened the interests of the company’s policy holders and those of other shareholders.

He is seeking the immediate appointment of a forensic auditor in the interim and subsequently the removal of Matsika and Gatsi, who are cited as first and third respondent from the directorship and management of Doves.

Matsika is also chief executive officer and executive director of Faramatsi Motors as well as Doves board member, which his rival says is a conflict of interest.

“This demonstrates that the first respondent started working to steal at the very beginning of the shareholding dispute,” Busangabanye said in his founding affidavits.

The shareholding dispute is pending at the High Court under case number HC 3364/20.

Doves bought the said Graniteside property on August 20, 2018 and declarations also show that Faramatsi bought the property on the same day, but does not have an agreement of sale.

There is a subsisting sale agreement between Doves and the seller, Barlow Pensions Fund, which was annexed to the application.

The deal, according to documents, was brokered by Gabriel Real Estate (Private) Limited.

Faramatsi Motors was formed in April 2018 and the applicant argued that there was no way it could have raised US$4,2 million, the total cost of the property, within four months of its formation.

In addition to that, documents show that Doves paid an initial cash deposit of US$500 000 and secured a bank guarantee facility of US$3 750 000 from a local bank.

Doves even secured the bank guarantee and Busangabaye argues in the papers that there was no way a baby company could secure a bank guarantee of that magnitude.

There was a board meeting at Doves in November 2018 and company secretary, Brian Vito reported that the company had bought the property.

Vito, who is also company secretary for Faramatsi, did not raise an alarm regarding the purported Faramatsi transaction during the meeting.

Matsika’s lwayer, Itai Ndudzo, who is also a Doves board member, was present at the meeting, according to minutes seen by The Standard.

He also did not raise the issue of the Faramatsi transaction.