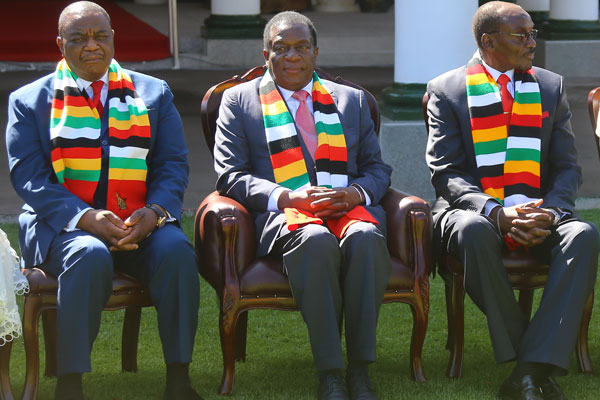 The Democratic Republic of Congo (DRC) has approached President Emmerson Mnangagwa to mediate in its long-standing border dispute with Zambia.

DRC special envoy Marie Nzeza on Monday met Mnangagwa at State House to brief him on the situation.

Mnangagwa is the current chairperson of the Sadc organ on politics, defence and security co-operation.

DRC and Zambia have had misunderstandings over a part of their common 1 600km border, the latest arising from a late 1980s attempt to demarcate the frontier with beacons.

Mnangagwa said after the meeting that both countries were seeking Sadc’s intervention on the matter.

“A special envoy from my brother (Félix) Tshisekedi of the DRC briefed me on the situation in DRC, in particular in relation to the current COVID-19 pandemic and how they are tackling it,” he said.

“There is also the security situation where DRC and Zambia want the Organ on Defence and Politics to look at a small matter which is existing between the Republic of Zambia and DRC.”

Nzeza, who is also the DRC Foreign Affairs minister, refused to shed more light into the issue, saying she was not at liberty to share what had been discussed in her meeting with Mnangagwa.

It is not the first time that Sadc has been approached to discuss border disputes between two member states.

In the 1990s, the regional bloc intervened in the dispute between Botswana and Namibia over ownership of an island on the Chobe River, which forms part of their border.

The matter was subsequently referred to the International Court of Justice, with the World Court ruling in 1999 that the island belonged to Botswana.