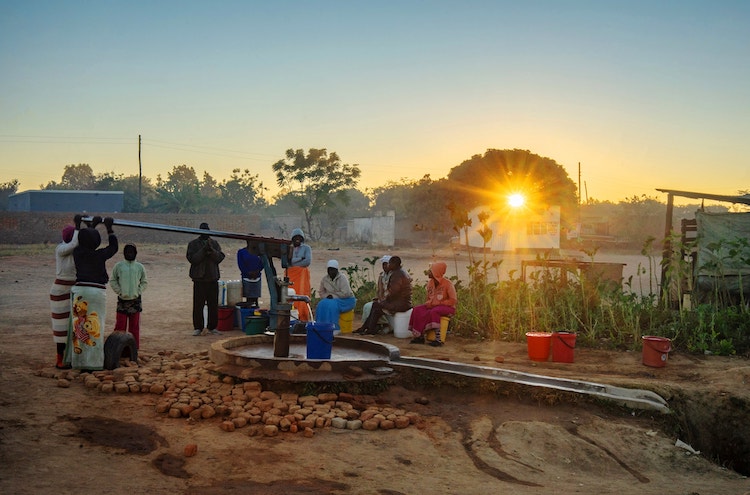 NEW YORK (IDN) – In a new low water mark for Zimbabwe’s troubled economy, two million people in Zimbabwe’s capital have now been left without water after the government ran out of foreign currency to pay for imported water treatment chemicals.

The Harare water shortages follow months of drought in rural areas and fast-falling water levels in polluted dams around the country. Amid reports of soaring diarrhoea cases in the capital, concern is growing over the possible spread of cholera and typhoid – dozens died in cholera outbreaks in Zimbabwe last year.

An El Nino-induced drought has reduced water levels in the country’s dams, including Kariba, which supplies the biggest hydroelectric plant and hit the capacity of cities and towns to supply water to residents.

It is devastating to say the least,” Mupamawonde told reporters, urging President Emmerson Mnangagwa’s government to declare the water crisis a national disaster.

Wealthier residents are able to buy tankers of water for a price well beyond the means of most people.

According to the International Monetary Fund (IMF), inflation in Zimbabwe is now the highest in the world.

Despite the nation’s hardships, questionable spending continues at the highest levels of power. President Mnangagwa reportedly took a bloated entourage of 90 people to the UN General Assembly session September 17-30 in New York, including Zanu PF youths who took part in an anti-sanctions demonstration there on September 26.

Mnangagwa’s wife, Auxilia, reportedly flew to the U.S. separately with her own sizable delegation, which included her security team, officials from her Angels of Hope charity organisation and a crew of journalists from the state media.

Both teams are reported to be enjoying hefty allowances funded by Government’s Treasury, at a time the government has been asking the citizenry to endure the pain induced by its austerity measures, which have severely eroded incomes and impoverished the majority of the population.

Meanwhile, Zimbabwean ex-leader Robert Mugabe was buried in his home village of Kutama on September 28. His family chose a private funeral after a weeks-long dispute with the administration. He was forced from power in November 2017 after presiding over the country for 30 years. A priest asked God to take pity on the independence.