Marondera’s Criminal Investigations Department (CID) has busted a syndicate of drug dealers and confiscated various drugs worth US$3 200.

The three alleged drug dealers were arrested after their premises in Marondera were raided by detectives who had received a tip off from the public. 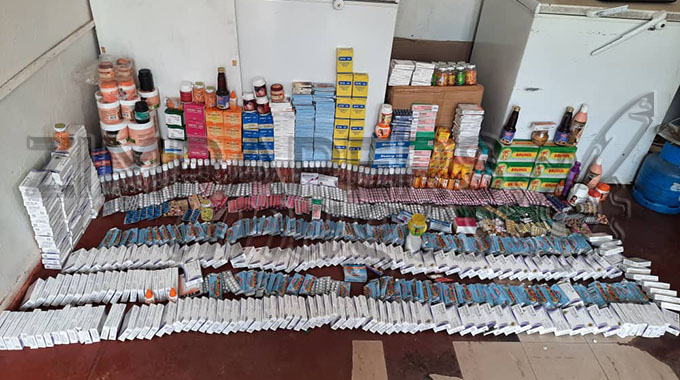 Drugs recovered by detectives from CID Marondera today. Three people were arrested and will appear in court soon.

Upon their arrest, hundreds of family planning tablets, skin lightening creams which include Betasol, Cocopulp and Abuja Mix among others were recovered.

Also recovered were drugs which are supposed to be sold under licence which include Amoxicillin, Metronidazole among others.

There is strong suspicion that the trio import some of the skin lightening creams and breast lifting pills from Zambia through haulage trucks.

Police spokesperson for Mashonaland East Province Inspector Simon Chazovachiyi confirmed the arrests and warned that as police they will leave no stone unturned to bring to book all illegal drug dealers.