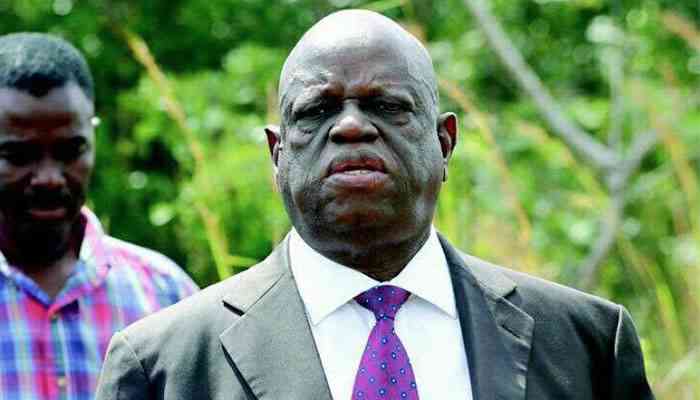 OUTSPOKEN veteran politician Tshinga Dube has advised Zipra and Zapu members to unite and speak with one voice for the return of their properties, claiming divisions were frustrating the process.

Government seized the properties under the Unlawful Organisation Act (Caveat Number 15 of 82) in the 80’s alleging that it had discovered arms caches on farms owned by Zapu and Zipra.

The properties listed as caveats include farms and buildings.

Zapu and Zipra have been demanding the release of the properties for years without success, with some members such as Fred Mutanda recently dragging the government to court.

“It really pains me a lot to see people divided over the issue of Zipra properties.

“It’s only that some people want to make names out of this issue. We are our own enemies,” Dube said in an interview.

“President Emmerson Mnangagwa has assigned Kembo Mohadi to lead the processes that will culminate in the return of the properties.

“Let’s sort out ourselves first and speak with one voice before we can meet Mohadi.

“Some have even taken the government to court over the issue of properties. We do not know who sent them.”

Dube said he recently wrote to Mohadi reminding him to speed up processes for the return of Zipra properties.

“I am one of the three people who were assigned to oversee the national integration process representing Zapu and would collect money from cadres in the assembly points to buy those properties,” he said.

“I wrote a letter to Mohadi soon after the Zanu PF congress reminding him about the issue, but some people have gone to approach the president straight when he had already given the task to Mohadi.”

Former vice president Phelekezela Mphoko once promised to facilitate the return of the seized properties, but failed.

According to a Zapu inventory, seized party properties include farms and hotels, among them Castle Arms in Bulawayo, Green Haven — a huge entertainment facility along Victoria Falls Road — and several residential properties.

Justice minister Ziyambi Ziyambi once claimed the government would not return the properties because PF Zapu joined Zanu to form Zanu PF under the Unity Accord.

Zapu pulled out of the Unity Accord when it cut ties with Zanu PF in 2008.

One of the Zapu elders, Jeconia Moyo pleaded with Mnangagwa to lift the caveats on the properties.

“The president declared that the properties were given, but the challenge is that there are caveats,” Moyo said.

He said there is a lot of controversy over the matter.

“I was also involved in the collection of contributions for the purchase of properties, there were six Zipra properties.”