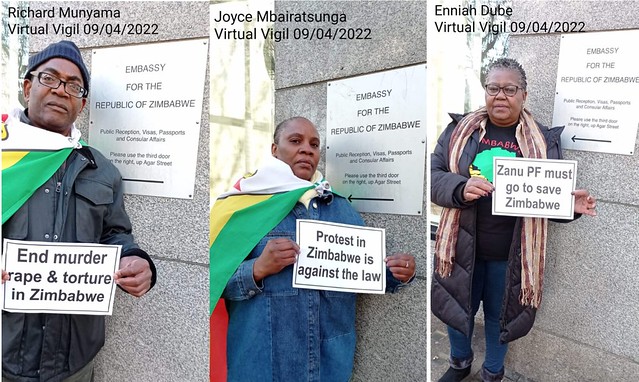 About the only democratic thing Zanu PF observes in our constitution is the regularity of elections. Young people today will be coming to next year’s polls with little memory of Zimbabwe’s last real election in 2008.

In those long-gone days Zanu PF were taken by surprise when their blatant election rigging was challenged. They had grown too complacent and assumed everything would be fixed as usual.

MDC President Morgan Tsvangirai stood up to them and the resultant carnage wreaked by Zanu PF was too much even for normally compliant SADC, which forced the creation of a coalition government.

Although the coalition government of 2008 managed in a few short years to turn around the failed economy, Tsvangirai allowed himself to be manipulated by Mugabe and walked into the death trap of the 2013 elections. The fiasco of the next election of 2018 inevitably followed.

Well, the conditions of 2008 are now being recreated. One sign is the printing of the new $100 Zimbabwean note (see: https://www.newsday.co.zw/2022/04/zim-gets-new-100-note-new-bill-not-enough-to-buy-a-loaf-of-bread/). It might make Zanu PF feel rich but since it won’t buy a loaf of bread the people will not be taken in. The days of world-leading inflation have left a scar on Zimbabwe.

The fear is that SADC will be even more reluctant to intervene than it was in 2008.  The organisation is dysfunctional and member countries are joining other regional organisations (see: https://www.newsday.co.zw/2022/04/toothless-sadc-faces-irrelevance/).

Certainly, according to the Guardian newspaper in the UK, Zimbabweans abroad are now sending home food parcels (see: https://www.theguardian.com/global-development/2022/apr/06/zimbabweans-abroad-switch-to-food-delivery-apps-to-help-family-at-home),

A bleak account of the situation in the Bulawayo area has been given by Graham Shaw of the British charity Zimbabwe Victims’ Support Fund, which is supported by members of the Vigil. In a report on his visit there last month he said: ‘The situation on the ground can only be described as one of widespread and increasing poverty, hunger and desperation. Though this should not have come as any surprise to me, I have to say I was shocked by the squalor and desperate need I observed. Symptomatic of this malaise the roads are full of potholes, flagstones are missing from the pavement and the shops stand empty while traders have taken to selling their wares out on the streets. Rotting rubbish is piled high in the alleys. Power cuts are endemic and residents now store water in every available container because the taps are so often dry. A corrupt and dysfunctional government is failing to meet the basic needs of the people, and the deeper tragedy is that this should never be so. Zimbabwe is richly blessed with all the resources needed to support a modern, thriving economy and a flourishing people.’