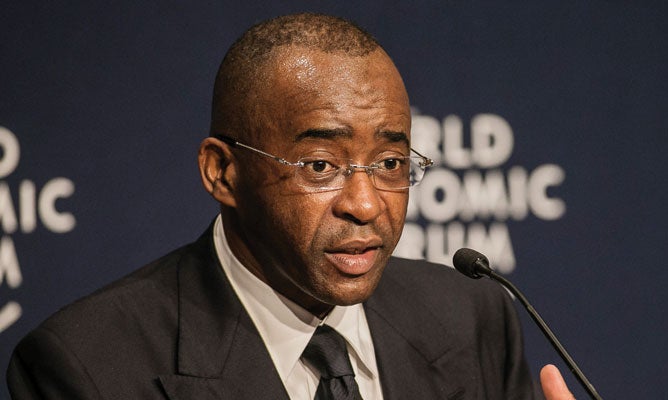 ZIMBABWE Stock Exchange (ZSE)-listed Cassava Smartech Zimbabwe Limited, a subsidiary of Strive Masiyiwa’s Econet Wireless, has threatened a complete shutdown of its EcoCash platform if the Reserve Bank of Zimbabwe (RBZ) insists on its ban on cash-in, cash-out transactions effected on Monday.

The RBZ on Monday effectively put 50 000 EcoCash agents out of work after banning cash-in and cash-out services accusing them of “engaging in illegal activities”, including selling cash at a premium.

The ban curiously came after Masiyiwa last week said the RBZ should take the blame for starving the market of cash, creating opportunities for arbitrage.

The central bank has also banned the use of the cash-back service when customers pay with cards at point-of-sale machines, saying shops were no longer banking cash and abusing the
facility.

The central bank claimed the move was part of government efforts to eradicate illicit transactions which it said were fuelling the galloping inflation and exchange rates.
But in response to the RBZ’s move, Cassava Smartech Zimbabwe Limited has, in turn, warned that there will be a complete shutdown of the EcoCash facility as a result of the unexpected ban.

“The applicant (Cassava Smartech Zimbabwe Limited) has already started to implement the directive with the result that there will be a total shutdown of the entire EcoCash system in the process. The directive was only communicated to the applicant in the afternoon of September 30, 2019,” Cassava’s lawyer Mzokuthula Mbuyisa said in his certificate of urgency.

Mbuyisa’s affidavit is contained in the urgent chamber application that was filed yesterday at the High Court by Cassava’s chief executive officer Edmore Chibi seeking a temporary interdict to stop the central bank from implementing a ban on EcoCash’s cash-in, cash-out transactions.
In his founding affidavit, Chibi accused the central bank of being discriminatory in the manner that the ban was carried out.

“In further alternative, I contend on behalf of the applicant (Cassava) that EcoCash has been discriminated against in preference to the RTGS [Real Time Gross Settlement] platform. Regarding the RTGS platform, the respondent (RBZ) has not banned any functionality that enables cash withdrawals and cash deposits. To prohibit cash withdrawals and cash deposits through the use of EcoCash only is thus discriminatory,” Chibi said.

According to the RBZ, the move to ban EcoCash’s cash-in, cash-out transactions was carried out in terms of the provisions of section 10 of the NPS Act, but Chibi argues that the directive is ultra vires the cited section.

“There is no wrong that is alleged to have been committed by EcoCash system or its management board. The annexure alleges wrongdoing on the part of some agents, not all of them or other innocent users of the system. Therefore, the kind of wrongdoing alleged by the respondent does not fall within the powers that respondent has under section 10 of the Act.”

Chibi further said EcoCash has played a critical role in facilitating transaction activity between Zimbabweans in circumstances of acute liquidity challenges, adding that the most important products, especially to the unbanked population that do not have ready access to banks, are the EcoCash’s cash-in and cash-out facilities.

“Some of these transactions are done to deal with life-saving situations. Pulling down EcoCash could, thus, mean loss of life, loss of opportunities that could save livelihoods, and financial loss running into hundreds of millions, if not billions. The shutdown of these facilities will also deprive the applicant and those of its agents that are innocent of revenue running into millions of dollars,” Chibi said.

The chief executive officer further urged the court to rule in his firm’s favour, arguing that it cannot be punished alongside the wrongdoers.

“The case of the innocent EcoCash user is much stronger than that of the good wheat crop that was saved from the risk of being uprooted by mistake in Matthew 13:24-43, where the master, in rejecting the request by his servants to pull up the weeds, said: ‘No, if you pull up the weeds, you might uproot the wheat along with them’,” he said.