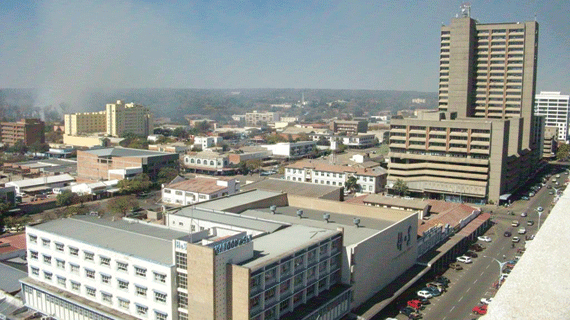 BULAWAYO City Council’s housing and roads projects have stalled due to the crumbling economy in the country, mayor Solomon Mguni has said.

In a special council report dated September 2, Mguni claimed that the local authority in 2012 launched the concept of pre-sale of stands, where beneficiaries of housing stands paid upfront to raise funds to service the stands.

“The project started very well up to 2017, where a total of 3 325 stands were delivered,” he said, adding that the projects slowed down in 2018 when the economy took a nosedive.

“Only one project was successfully delivered in 2020, Selbourne Park with a total of 77 stands. These stands were sold to those with access to foreign currency. The proceeds from the project were also used to procure imported materials such as bituminous materials to complete all the 10 projects.”

Mguni said the projects were affected by the volatile economic environment which saw contractors demanding hard currency as early as March 2018.

“Certain construction components such as bitumen, explosives and so on that were imported made it difficult to finish the project. SI33/2019 introduced interbank rates as well as SI142/2019 made it illegal to charge/collect in foreign currency, thereby making it difficult to complete projects,” Mguni said.

“The national lockdown of all non-essential services announced on March 30 for the containment and prevention of the spread of COVID-19 also affected the projects.”

The mayor said the city’s road network had been deteriorating due to lack of funding.

Mguni noted that the main source of funding for road infrastructure had traditionally been allocations from government through the Zimbabwe National Road Administration (Zinara) and council revenue.

“Year-on-year budget allocation has compared unfavourably with funding considered adequate to maintain road networks. As a result, the road network has continued to deteriorate due to the gap between maintenance requirements and funding,” Mguni said.

“At the moment, the city is struggling to procure road repair materials which include Bitumen, quarry stones, cement, road marking paint, traffic signs, etc. Due to budgetary constraints regrettably, most of our roads remain in a poor state.”