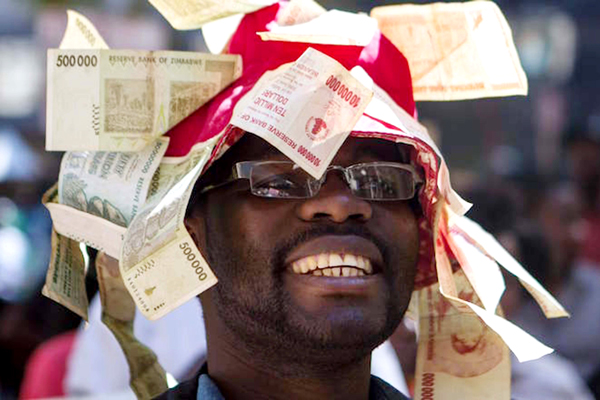 REVELATIONS by Auditor-General Mildred Chiri that the government’s books of accounts are in a shambolic state with no balance sheet therefore making accountability impossible, exposes the disarray that characterises President Emmerson Mnangagwa’s administration.

Presenting at the Institute of Chartered Secretaries and Administrators of Zimbabwe Winter School on Public Finance Management held last week, Chiri gave a sorry account of the dire state of government operations. This includes payment of goods, which are never delivered, the pilfering of assets with no trace because of poorly kept records and the promotion of workers who do not have the pre-requisite qualifications.

The shocking details of negligence within government are in stark contrast to the picture painted by government officials of a country being poised for economic transformation.

There can be no transformation of the economy when, as noted by Chiri, there are tendencies across ministries of obtaining goods and services when they do not have adequate funds from Treasury resulting in mounting debts.

Indeed, transformation of the economy remains a pipe dream when substantial sums of money are incurred in purchasing assets such as motor vehicles, generators, excavators which are not delivered without any evidence of following up on the outstanding goods as revealed by Chiri.

That the public financial management in government remains a mess two years after Mnangagwa was sworn into office after winning the disputed 2018 elections, is a damning indictment of the beleaguered government which has branded itself as a new dispensation.

Contrary to the declaration by the septuagenarian leader’s regime that it is now the second republic, the dismal state of government finances points to a continuation of the late former president Robert Mugabe’s era when lack of accountability and transparency were the hallmarks of his leadership.

It is preposterous for government to wax lyrical of the country’s economy turning the corner when its finances are in such a parlous state. How does a government talk of economic development when it cannot even account for its own finances and assets?

A report earlier this year by the International Monetary Fund after the failed Staff-Monitored Programme (SMP) due to government’s failure to meet the set benchmarks, is in stark contrast to the government’s gospel of an economy on the mend.

“The government that came into office following the 2018 elections adopted an agenda focused on macro-economic stabilisation and reforms. This was supported by a Staff-Monitored Programme from the IMF, adopted in May 2019, but is now off track as policy implementation is mixed,” the Bretton Woods institution noted in a report of its 2020 Article IV Consultation with the government.

Rather than spew useless propaganda about economic recovery, Mnangagwa’s government must take the bull by its horns and implement measures that will spur economic growth.