‘Economy on the mend’ 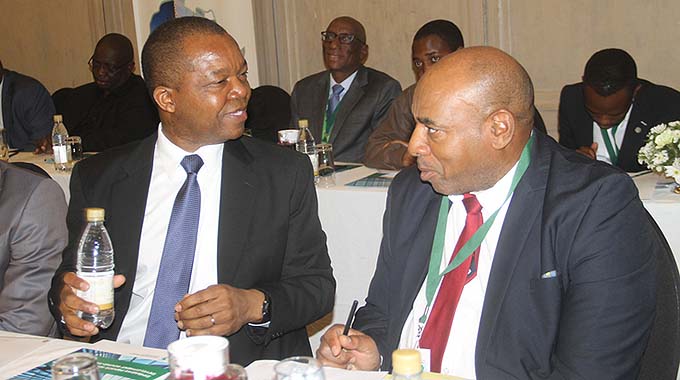 Ishemunyoro Chingwere Business Reporter
THE Reserve Bank of Zimbabwe (RBZ) says the current pressure on foreign currency, which has led to shortages, is a result of growing activity in the economy that has seen demand outstripping supply.

RBZ Governor Dr John Mangudya said this at an African Development Bank roundtable discussion with the Zimbabwean private sector held in Harare yesterday where the financial institution sought views on where it can come in to provide funding for local companies.

Increased activity in the economy, coupled with economic growth, the RBZ chief said, were behind the increased demand for foreign currency. He said growing exports did not match the rate at which the economy was growing.

Dr Mangudya emphasised that the situation was nowhere near a crisis or a symptom of a dying economy saying, if by any chance, the economy was dying then the country’s foreign currency supply should have been sufficient for the reduced economic activities that are a characteristic of a dying economy.

Dr Mangudya said the disparity between supply and demand for foreign currency was a product of most of the growing sectors, which require a lot of foreign currency, but never earner of the same.

The food and food processing industry, leather and footwear, wood and furniture, textiles and clothing, fertiliser and chemical industries, drinks and beverages industries were some of the sectors that he mentioned as having registered tremendous growth and are now demanding more foreign currency than before.

“You (AfDB) are also coming at the right time because the major challenge that Government is facing, yes people still talk about the shortage of foreign currency, (but) we look at it as a negative side effect of a growing economy,” said Dr Mangudya.

“Mr (Sifelani) Jabangwe from the CZI (Confederation of Zimbabwe Industries) has disagreed with these numbers because they look at their own companies but some of us look at the global context.

“For us to produce bread in this economy we need US$20 million of wheat on a monthly basis so we need to produce more wheat in the country.

“The second sub-sector in which we have seen growth is in the drink and beverages. Drink and Beverages that is your Deltas, your Schweppes we see the amount of foreign currency that these companies use.

“It needs foreign currency to import the raw materials and the components,” he said.

Dr Mangudya said the situation can only be redressed if the economy produces more to substitute for non-essential imports as well as to export to improve earnings.

The converging of capital in the country under programs such as the one by AfDB is thus important to help industry to re-equip and retool.

The round-table was meant to solicit for private sector requirements with the bank taking keen interest on re-industrialisation projects which is in line with one of its high five priority areas to industrialise Africa.

Speaking at the same event AfDB country manager Damoni Kitabire said the Zimbabwean economy was full of potential despite the challenges that it has had to contend with over the past two decades.

Mr Kitabire also noted the new dispensation led by President Mnangagwa has brought with a lot of positivity which is essential for economic revival.

“. . . It is recognised that Zimbabwe has all the potential to recover from its economic past,” said Mr Kitabire.

“More so, the country’s new political and institutional dispensation has given a new impetus to the economic prospects,” he said