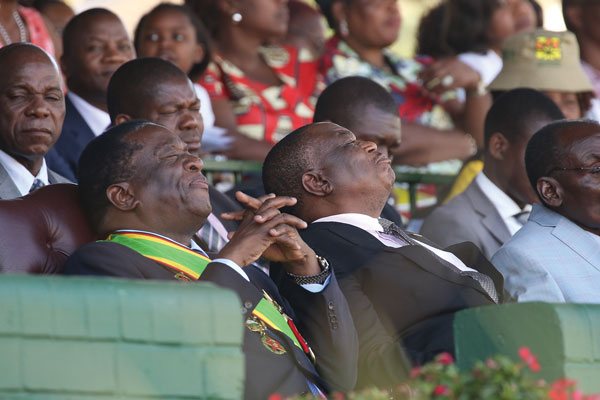 BY MIRIAM MANGWAYA
ZANU PF’s factional fights have spilled into the National Peace and Reconciliation Commission (NPRC), where President Emmerson Mnangagwa has reconfigured the commission booting out a top commissioner suspected to be aligned to his deputy, Constantino Chiwenga.

The NPRC is tasked with addressing the country’s past conflicts, including the emotive Gukurahundi issue that left over 20 000 civilians dead in the Midlands and Matabeleland regions.

Mnangagwa has been cited as a key player in the 1980s mass killings as he was State Security minister at the time.

Mnangagwa demoted NPRC vice-chairperson Lillian Chigwedere, who is believed to be aligned to a faction loyal to Chiwenga, and replaced her with reverend Chiropafadzo Moyo of the Evangelical Lutheran Church.

Chiwenga and Mnangagwa are  reportedly locked in a fierce battle for control of Zanu PF and government.

Prior to the new appointment, Moyo was an ordinary commissioner.

Chigwedere is one of the two commissioners retained from the previous commission, whose term of office expired early this year.

She has been acting as NPRC chairperson in the past few months in the absence of Retired Justice Selo Maselo Nare, who has not been well.

“I can confirm the Reverend Dr Chiropafadzo Moyo is the new vice-chairperson of the NPRC. But on the issue of why there are such changes, I cannot comment. I am just a spokesperson and I can’t comment on that,” he said.

According to an internal NPRC memo seen by NewsDay, Moyo’s new appointment is effective from November 18, 2021.

“Good afternoon team, Please be advised that His Excellency the President of the Republic of Zimbabwe, acting in terms of section 251(1)(b) of the Constitution (Amendment No 20) Act 2018 as read together with paragraph (6)(2) of the First Schedule to the National Peace and Reconciliation Commission Act, has designated Commissioner Dr Rev Moyo as the vice-chairperson of the NPRC with effect from November 18, 2021. Please be advised accordingly.  We say congratulations to Commissioner Dr Rev Moyo on her new assignment.”

Sources told NewsDay that Moyo was strategically positioned at the top NPRC post to guard against possible threats on Mnangagwa’s office within the commission tasked with peace-building initiatives and reconciliation.

“She is not only now influential in the commission, but she will enjoy heft salary benefits,” a source who spoke on condition of anonymity said.

Insiders claimed that Moyo had been very influential in the irregular appointment of staffers, which caused an uproar within the institution in the past few weeks.

It is alleged that she attempted to elevate NPRC general manager for research and knowledge management Donald Chirunga to a non-existent  position of  deputy executive secretary without following due process, a plot which was, however, foiled.

“Commissioner Moyo has been very powerful of late,” another source said.

“She orchestrated the elevation of employees which was, however, not procedural. She tried to facilitate the promotion of Donald Chirunga, a general manager to become deputy executive secretary, but the plot failed.” The executive secretary is Sibusisiwe Zembe.

Contacted for comment, Chigwedere said she was not feeling well.

“I am not at work. I am actually at home and not feeling well. I cannot comment on those issues,” she said curtly.

Chirunga professed ignorance on his alleged “unprocedural” promotion, which has since been reversed.

He said: “I joined NPRC just recently and how can that be? I am not aware of such claims. They are baseless. I am hearing it for the first time.”

Efforts to contact Moyo were fruitless as she was unreachable on her mobile phone.