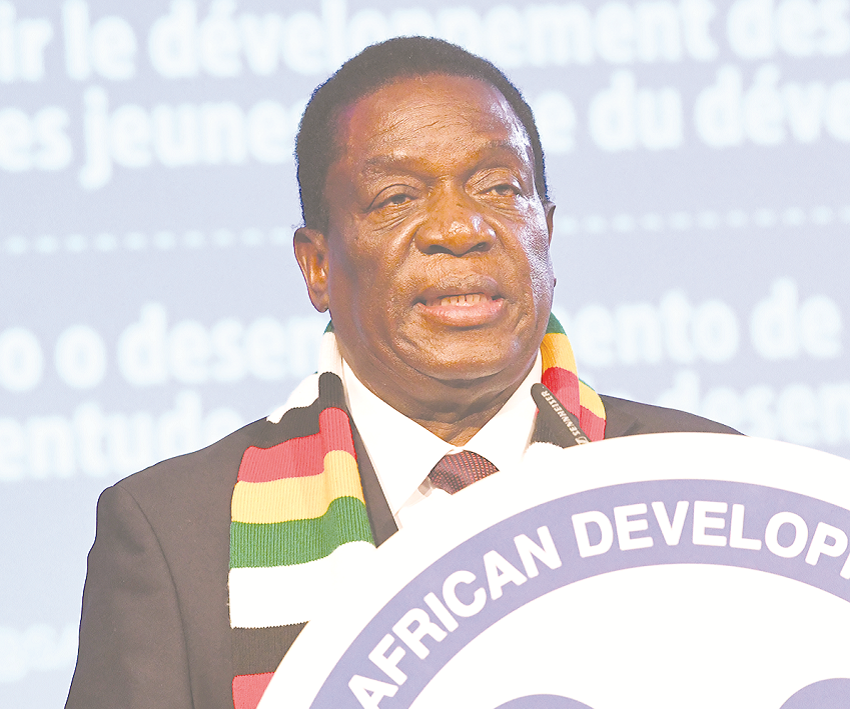 President Mnangagwa addresses delegates to the 38th Sadc Summit of Heads of State and Government in Windhoek, Namibia on Friday

Takunda Maodza recently in Windhoek, Namibia
President Emmerson Mnangagwa has been elected Deputy Chairperson of the influential Sadc Organ on Politics, Defence and Security Co-operation at the regional bloc’s 38th Summit of Heads of State and Government in Namibia.

This is a significant marker in President Mnangagwa’s crusade to end Zimbabwe’s international isolation and make the nation a meaningful contributor on the international arena.

Sadc made the announcement in a communique at the end of the summit. Namibia’s President Dr Hage Geingob was elevated to Sadc Chairperson, with his deputy being Tanzania’s President John Magufuli.

The bloc also congratulated Angola and Zimbabwe for holding elections.

“Summit congratulated members states that held elections since the last Summit in August 2017, namely the Republic of Angola and the Republic of Zimbabwe, and congratulated His Excellency President Joao Manuel Goncalves Lourenco and the Movement for Popular Liberation of Angola (MPLA) party for winning the elections and called upon all stakeholders in Zimbabwe to remain calm while the legal process regarding the outcomes of the elections are being considered by the courts.”

One opposition party has since challenged the electoral outcome and the matter will be heard in the Constitutional Court on Wednesday.

“It was very unanimous. In fact, everybody was excited that Zimbabwe is coming back to the international fold and to the family of nations and that it is an important player which can actually contribute to the stability of the region both politically and security wise, with all the issues coming in place like elections in South Africa, elections in Mozambique, elections in Botswana, elections in Malawi, elections in the DRC, elections in Madagascar and all these others.

“These are going to be taking place under the auspices of Zambia and Zimbabwe and already the existing flashpoints like Lesotho and Madagascar,” said Dr Moyo.

Meanwhile, Zimbabwean pupil, Primrose Tshuma of John Tallach High School in Matabeleland North, who won second prize in the Sadc Essay Competition got a double delight as President Mnangagwa gave her his scarf as a token of thanks for her prize-winning efforts.