ED has his cake, can he eat it? 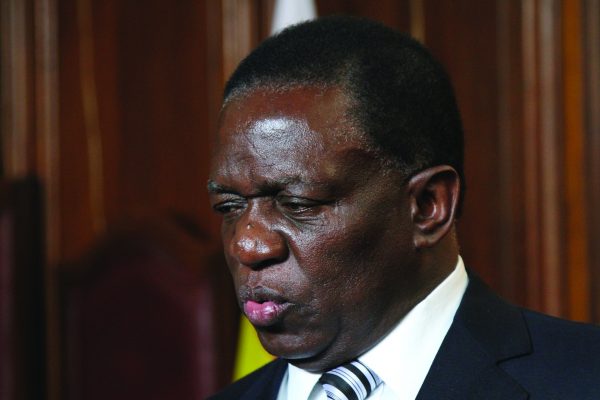 The much-vaunted harmonised elections have come and gone. President Emmerson Mnangagwa, in many respects, clearly set out to deconstruct and reconstruct, if not the ultimate purpose, certainly the underlying architecture, frame and window-dressing of the process and public perception of the elections and our body politic. The daring political somersault that saw the wily “Crocodile” abandon the brazen arrogance of dynastic power and foolhardy display of bareknuckle dictatorship that so characterised his mentor and master, Robert Mugabe; the dare-devil willingness to open up, to embrace change and the borrowed robes of unfettered consensus-building democracy has been as spell-binding a spectacle as it was incredible.

In a political season where their squalid conditions of living have remained stagnant, Zimbabwean citizens have had a shortage of just about everything in their lives, but never a shortage of political melodrama for close to a year. As my favourite barman sums up ED’s swift chessboard move from a military coup to a sexy cabinet — inside nine months, Mnangagwa served us a spectacular menu of his violent and acrimonious divorce from his lifetime spousal master, Mugabe, and swiftly choreographed and deftly consummated his new-found romance with his lifetime enemies — the people!

In nine months, he has left both Mugabe and the people of Zimbabwe sufficiently confused in clumsy and exciting ways. Nine months on, Zimbabwe is in her virtual delivery room and the baffling and quite remarkable announcement of a decidedly re-configured Cabinet pronounces the final telling moments whether, henceforth, Zimbabwe delivers a sickly baby, a bouncing baby boy, twin angels or indeed stillborn triplets! The sweaty palms of the midwives in the labour room of child Zimbabwe are as anxious, as hopeful and as perplexed as all of us bemused citizens in the national “waiting room”.

Whilst ED’s body language remains understandably conflicted, compromised and thus effectively baffling, there is discernible method in the man’s madness and, for those that care to observe, indeed a pattern may emerge that is trending, issuing less from his heart, but from sincere political and economic necessity to institutionalise, with increasingly permanent assurances the battery of those radical democratic changes that go beyond cosmetic reform, that, while relatively meeting the core demands of Zimbabwean citizens and the basic expectations of key regional and global stakeholders, do not directly compromise his and the junta’s controverted incumbency.

Having voted and “won” the elections, but having failed to remove Zanu PF from power, as usual, Zimbabwean citizens wonder: to what extent ED is capable of reinventing and remaking Zanu PF, redefining its DNA and defining a Zimbabwe that is bigger and broader than the confining circle of his party? Can Zanu PF ever perceive of a Zimbabwe beyond the patronage pie they have so ring-fenced and shared amongst personal cronies and a political brotherhood for half a century?

We did point out in earlier instalments here that, progressively Mnangagwa was stealing the thunder of the opposition democratic forces, that his enchanted appeal to the frustrated population would entail the combination of a tokenistic departure from Mugabe’s Hitlerian fixation and a simple plagiarism and religious copy and paste mimicry of the lingo, the ideas, text, words and discourse associated with the protagonists and chief agents of democratic change in Zimbabwe.

Every twist and turn seems to point us to the suggestion that outside the question of sincere electoral legitimacy, ED’s governance script may be a glorified amalgam of the manifestos of opposition political parties, civil society and the spoor of modern global thought. And shouldn’t it really be? The increasingly regular footprints of Noah Manyika, Nelson Chamisa, Nkosana Moyo et al are all too familiar and happily evident in the behaviour and body language of the president.

This character of the new Cabinet is remarkable in the same light. It has left some Zimbabweans choked, rather happily, yet grudgingly in the uncertain, bitter-sweet embrace of “The Croc”, clearly unsure whether to perceive of a smile or a snarl in that “Garwe” gap-tooth. We all hoped, but sincerely feared that ED would never master the political willpower to bite the bullet and effectively dump into oblivion, his ageing war buddies and clearly underwhelming and incompetent ministers in preference to a business-specific, performance Cabinet. He did it. We feared he might have had heard Nkosana Moyo, but would never have the guts and willingness to confront unwieldy government expenditure at its very heart and to jettison redundancy and cut ministries to the bearest minimum. Twenty, Nkosana had said. Twenty-one is not bad by any measure.

The benefit to Zimbabwe and the fiscus and the personal political cost to the looting gravy train is significant. We knew he had heard, but doubted he would ever consider using his leverage and presidential prerogative to cast his eyes outside Zanu PF, outside political practitioners and outside of our immediate borders to harness from some of the best brains of Zimbabwe. Clearly, he could have done even more, but hey, he did make significant strides in the correct direction.

If ED is willing,whether sincerely or for the public gallery, to sacrifice his cronies in the bloated government for the good of the economy, can’t it be expected that similar ruthlessness should quickly cascade and visit our bloated and ever-ballooning, expensive civil service, our moribund, blood-sucking parastatals and non-performing government institutions?

The work of resolving Zimbabwe’s tragic economy can only begin with a frank and honest introspection that recognises, without apology, our errant leadership’s consumptive extravagance, propensity for corruption and penchant for self-enrichment as a point of departure. Reconfiguring our approach, our processes and our way of doing business must, at best, necessarily precede this misplaced temptation to woo external favour and to bank on foreigners or, at worst, occur concurrently. It may not be substituted.

There shouldn’t be an attempt to fool Zimbabweans into continued slumber that anticipates some manna from world capitals as a stimulus for leapfrogging. The leapfrogging energy must come from our own legs and this beautifully lean government must be willing to guide the country, citizen by citizen, to tighten their belts and expect harder times before any sincere dawn.

Having huffed and puffed his way through the deep end of the political and electoral pool, it is a welcome breather that ED and his junta seem to be willing to sit and protect “chinhu chavo”, but clearly willing to allow competent hands and captains to rescue the ship they sank. How much rope and leverage they accord Mthuli Ncube and his new team will determine whether ED can have his cake and eat it.