ED must stand up and take charge

Source: ED must stand up and take charge | The Standard (Opinion) 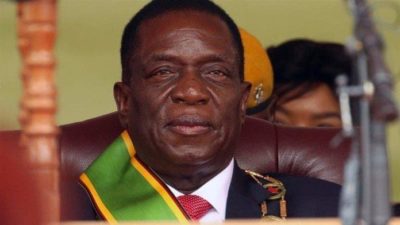 The rate at which things are falling apart in Zimbabwe calls for serious and urgent action by the government.

The fuel situation has deteriorated to unprecedented levels, way deeper than the UDI and 2008 crises and as expected, prices of goods and services have shot through the roof. Industry has warned of impending shutdown in a matter of days with a good number already scaling down and retrenching.

The economic nightmare is getting worse every day and the nation is on the edge of implosion and strife.

What is baffling is government’s deafening silence, broken only by Finance minister Mthuli Ncube’s curious 12-month currency plan. Since he cut short his annual leave, ostensibly to deal with the national crisis, President Emmerson Mnangagwa has not been heard addressing the problem, his only notable appearances being at his offices receiving credentials from foreign envoys and somewhere on the streets of Harare sweeping.

It is difficult to understand how the government hopes to deal with the growing economic catastrophe given the apparent casual approach they are exhibiting. The people expect the Finance minister to be providing immediate solutions to the currency crisis, not to speak of unconvincing 12-month plans.

The country needs immediate solutions to the crippling fuel shortages and not untruthful claims by Joram Gumbo, the Energy minister, that there is enough fuel in the country or his condescending and provocative argument that long queues indicate fuel availability.

The many hours that people spend in queues is a huge loss in production time and the ailing economy suffers, but the apparent carefree attitude that government is showing presents the greater danger. The long-winding fuel queues that have become a permanent feature all over the country are fomenting frustration and anger among the people.

The government does not seem to know what to do to solve the problems and that may explain their silence and strange decisions such as offering civil servants $41 salary increments. This apparent governance failure is fueling unrest and despondency.

The performance of this new dispensation has not been convincing. They have promised the people milk and honey, but it is clear they have no idea how to put their promises on the table. The economy has collapsed since they took over power from Robert Mugabe at the end of 2017 and it is sinking deeper every day.

What the people expect is urgency and seriousness in dealing with issues that have plunged them into this misery. Promises to deal with the currency problem in 12 months will not be acceptable to the suffering masses who cannot envisage another year of the status quo.

Instead of acting like he is not aware of the crisis, Mnangagwa should stand up and put in place a clearly defined roadmap that allows Zimbabwe’s economy
to get out of the crazy see-saw dance, which is responsible for our poverty and hardship.

What our politicians should learn to understand is that Zimbabweans may be a tolerant lot who value peace, but the survival instinct has the last word.

That, today presents the real threat to national stability — hunger, poverty and insensitive arrogance by those who rule!

The post ED must stand up and take charge appeared first on The Standard.