ED must step down: Ndiweni 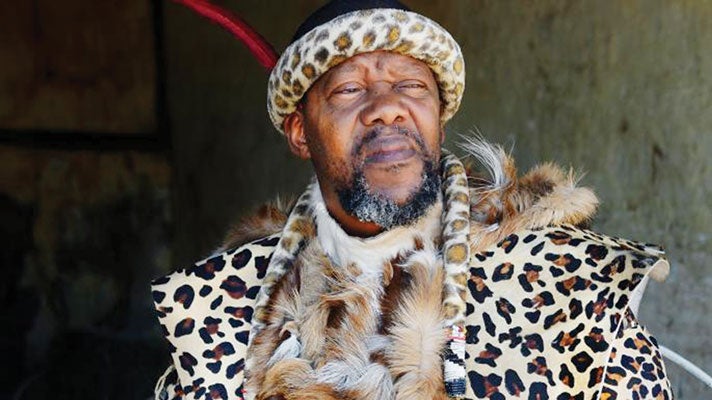 Outspoken Ntabazinduna traditional leader, Chief Nhlanhlayamangwe Ndiweni has stirred new controversy by calling on Zimbabweans to take advantage of the anti-sanctions march tomorrow to call on President Emmerson Mnangagwa and his administration to step down for running down the economy.

Sadc member countries have pledged to rally behind Zimbabwe tomorrow in a regional campaign for the lifting of sanctions.

Ndiweni, who claimed to have been speaking on behalf of other traditional leaders in the region said long-suffering Zimbabweans must take advantage of the anti-sanctions march to call on Mnangagwa to step down.

“Those who wish to join the sanctions march on October 25, go out, join the marches and call out loudly for Mnangagwa and his administration to resign because of their failed sanctions strategy,” Ndiweni told journalists in Bulawayo on Tuesday.

Ndiweni, a known sharp-tongued government critic, accuses Mnangagwa of rigging his way to victory in the 2018 harmonized elections.

Government has challenged the chief to join the political terrain, accusing him of being an opposition activist.

Ndiweni is currently out of custody on $500 bail pending appeal after he was recently jailed for destroying property worth $300 (US$30) belonging to one of his subject. Ndiweni was serving an 18-month jail term, while his co-accused 23 other villagers were given a community service sentence by a lower court.

“Mnangagwa has failed to manage our economy and now wants us to believe it is because of sanctions. That logic has no credibility. We are formally asking Mnangagwa to do the honourable thing and resign with his administration for they have failed the economy, they have failed this nation, they have failed the people, and they have bankrupted the country,” Ndiweni said. In September, Foreign Affairs and International Trade minister Sibusiso Moyo said Zimbabwe has lost over US$70 billion to sanctions imposed by the West and the European Union.

According to Moyo, Zimbabwe lost over US$42 billion in revenue over the past 18 years due to sanctions, US$4,5 billion in bilateral donor support, US$12 billion in loans from the International Monetary Fund, the World Bank and African Development Bank and a further US$18 billion in commercial loans.

However, Ndiweni said the sanctions must be maintained to force government to reform.

“The current targeted international sanctions must not be removed or relaxed for they are not responsible for the current economic meltdown and social meltdown in Zimbabwe. As long as reforms are not implemented, the targeted sanctions must remain. This is the narrative from the new breed of traditional leaders in Zimbabwe,” Ndiweni said.

“For many years now, the leaders of the Sadc countries have chosen to listen to only the narrative of this administration in Zimbabwe. That course of action has not yielded the required results. Perhaps it is now time that the true narrative of the people of Zimbabwe is given a chance to be heard.