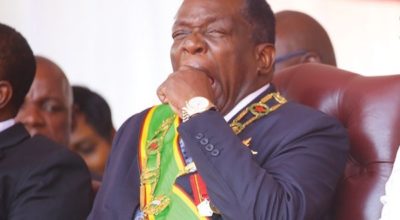 Survivors of Gukurahundi residing in Maphisa, Matobo district in Matabeleland South, feel insulted over reports that President Emmerson Mnangagwa will visit the area to kick-start the process of issuance of identity documents to many rendered stateless by the 1980s massacres.

Maphisa centre is nearly 7km from Bhalagwe, a mountainous notorious detention centre where the Fifth Brigade killed hundreds of people and buried them in shallow mass graves during the Gukurahundi era.

Ndodana Moyo, aged 37, lost a brother in 1984 during Gukurahundi.

“We heard reports of the planned visit by Mnangagwa, but as victims, we get surprised and feel insulted that they will want to visit the area yet they fail to acknowledge Gukurahundi in public and apologise,” Moyo said.

Mnangagwa was expected to launch the issuance of identity documents to Gukurahundi survivors at Maphisa growth point in September to kick-start the whole process of finding closure to the emotive issue.

This followed a meeting between Mnangagwa and civic society organisations under the Matabeleland Collective banner at the State House in Bulawayo early this month where the need for reburials and exhumations was highlighted.

However, Gukurahundi survivors, Zapu and Ibhetshu LikaZulu pressure group filed an urgent High Court application to stay the process arguing Mnangagwa is conflicted to lead the exercise as he was the State Security minister at the time when the North Korean brigade was killing people in Matabeleland.

Moyo added: “A truth-telling process will heal our deep wounds. An apology will heal us further, not a visit that will only remind us of the past, especially that they will be in the presence of those in army uniforms who terrorised us.”

“It is weird that Mnangagwa is visiting the place of carnage. It is an insult to the people who had their loved ones tortured and butchered by those in power,” added Artwell Sibanda, a member of the United Movement for Devolution (UMD).“Such visits should be cancelled and as UMD we call upon the government to institute a truth commission to investigate the massacres and proceed to have restorative justice.”

The late Robert Mugabe, who is accused of presiding over the mass killings of over an estimated 20 000 civilians in the Matabeleland and Midlands provinces, never apologised for the massacres, which he described as a “moment of madness”.

Maphisa bore the brunt of the massacres, and villagers have still torn apart between celebrating his death or mourning his passing on.

Newer Post
Elections, electorate and parties: Who stands where?
Older Post
Lupane has no resources to fight Covid-19