PRESIDENT Emmerson Mnangagwa’s idea that the industrialists and bankers he met on October 29, 2018 should constitute and second some advisers from within their ranks to his office stinks of inviting capture by industrial lobby groups. 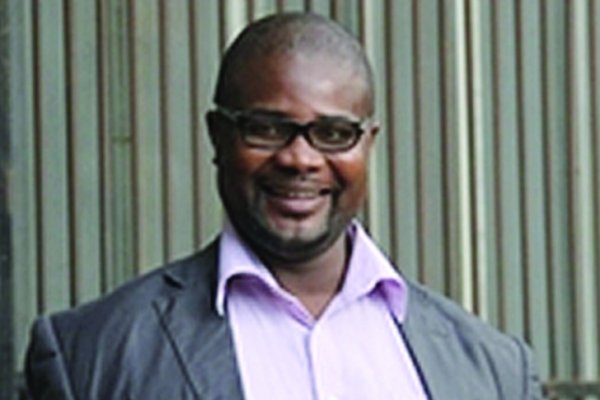 These lobbyists have self- serving interests and allowing them to drive government policy will result in entrenched myopia to enable their self-preservation.

A country strategy may be designed partly to preserve the core, however, for a country like ours which has suffered nearly four decades of economic mismanagement and industrial stagnation, we may rather expend the greater of energies and intellect in ideas that will shape the future.

The country needs to take a radical approach in socio-economic transformation.

The very first challenge is to disrupt and leapfrog regional and global peers. My considered view is that the old industrial complex with myopia and self-serving interests should not play a limited part in that transformation agenda. The country needs new and fresh ideas.

The present captains of industry are only integral to this country for institutional memory and I doubt if there is anything more they can offer.

The present industry associations, chambers and confederations are nothing more than lobbyists. In their advice they are not likely to support ideas that disrupt their businesses. They have vested interests, entrenched ideas and possibly myopia of preserving their profit-making interests. The industrialists are not likely to reform themselves out of business.

The country needs to create new industrial complex stories, break from the past and deploy new visionaries.

The President after 38 years in government should by now be tired of the old stories by the old industrial complex. For decades the story of industrialists has been evolving around local content, protectionism, tax reform, subsidies and so forth. It may be great, but it limits our scope of re-inventing.

These decade-old stories are recycled at any lobby opportunity, yet these are mere emotional arguments separated from logic. These industrialists have relentless passion and appetite to be industry infants forever. This country needs to move forward by weaning the perpetual industry babies.

The President should pursue creation of a legacy of restructuring the economy and society. He should embark on a new revolution driven by the youths, engineers, intellectuals, economists, scientists, children and social activists, and so forth. This should be done by people who care less on implications of their advice to the status quo. These people should certainly not represent anyone but ideas.

Preserving the old by the President is not exactly a great idea. The present Industrial complex is the legacy of the late Rhodesian Prime Minister Ian Douglas Smith. It was driven by nothing more but the desire for self-sufficiency and national pride in the face of sanctions. It worked then, it partially worked for three decades but it’s irrelevant now.

Without significant and deliberate disregard of the old people’s advice, this country will eventually turn into a supermarket of Comesa and South Africa.
We are so behind when it comes to marketing to the world and the region. We have no new or unique solutions. Our proposed advisers to the President will rather detain us in that mode. It serves their self-preservation interests.

Our State apparently also wants to depend on bankers that continue to fund and continue to be aligned to old industries. These bankers are proposed as part of the President’s advisers. It’s very sad.

The bankers are averse to greenfield ideas and will never fund disruptive ideas. This country shall be perpetually caught in the idea of the old. We need a new breed of financing models for our innovation and start-up ecosystem.

The President should take us out of interest group and old industry silos by designing and deploying an ecosystem that promotes open and inclusive innovation.

To move the country forward, every Zimbabwean must be encouraged to feed into a government-created innovation funnel. The funnels must be led by individuals loyal to refining ideas and commercialisation without the silos of sectoral interests.

A country should be prepared to germinate new solutions with global appeal in addition to being equipped to deal with the coming shocks such as the rise of artificial intelligence, block-chain revolutions, biotech and ecological conscience. These things will restructure economics and society. The future challenges require investing in new ideas.

The present industry captains have proven that over the years that they focus on present products and present markets. They focus on incremental innovation by investing in new processes, new design and added features. This is not adequate at all. Our country has evolved so little from colonial relic companies. What is needed is to have a purposeful strategy for radical and disruptive innovation.

My further misgiving on the so-called industry captains is that they are basically an ‘old boys club’. They are further country misfits as most are averse to corporate renewal. They can’t even do simple things of passing the baton of board and senior executive roles to the next generations. The aversion to corporate renewal may also be foisted on the government.

The future may lie in investing and being aware of infotech, biotech, ecological collapse, clean energy and services. This will create a new class of entrepreneurs, new jobs and new leaders. These are some of the ideas that should be pursued instead of this corrupt way of people having exclusive access to the President and become industrial elites forever. A country should create new elites, new millionaires and new corporate leaders.

The effect of the present trajectory, that of being captured by the past, is that in medium to long term, this capture will inadvertently create a new useless class of jobless people who have no value in the new industry and commerce.

It’s not abstract that technology in the present industrial complex will destroy jobs. Artificial intelligence (AI) may push thousands out of employment. This jobless class will create socio-economic upheaval of great proportion.

The proposed advisers will never tell the President that algorithms will take a lot of people’s jobs.

And a President should never bequeath such a sordid social upheaval. His advisers have sectoral interests and will make a fool of him by ensuring he remains in the past, yet creating future landmines.

The AI revolution may cause social and political upheaval due to potential job losses.

It’s an unsustainable model that dwells on the past, especially if we do not have an overall strategy to rework our knowledge, skills and abilities instilled in schools. Our education is overrated, yet so archaic.

Those who think bankers and financial institutions may fare better may have to revise the thinking. In my experience and those of many others, our banks are risk averse and shun new ideas.

The country should rather invest in new ideas through funding ideas as opposed to women and youth banks. It’s the idea that makes a difference, not age or gender. Let the President enable financing of ideas rather than anything else. The country needs a government-backed venture and angel capital innovation rather than age or gender-based banks.

The way our country is decades behind in terms of processes, business models and product skills structures requires us to adopt disruptive and radical innovation mind-sets and start-up ecosystems. The country has failed to innovate over the last three or so decades, meaning job creation without sufficient infusion of new ideas, creating of innovation funnels, and adoption of radical and disruptive mind-sets will remain a mirage.

The ‘old boys club’ influencing the President to ensure capture must be kicked at the most tender spot. The idea must be vomited and replaced with an advisory board that doesn’t represent a sector or an industry, but of people that are slaves’ ideas.

Brian Sedze is the president of Free Enterprise Initiative, an advocacy in less government, free enterprise, fiscal and public policy. He can be contacted on brian.sedze@gmail.com