ED to deliver State of the Nation Address

Source: ED to deliver State of the Nation Address | The Herald December 20, 2017 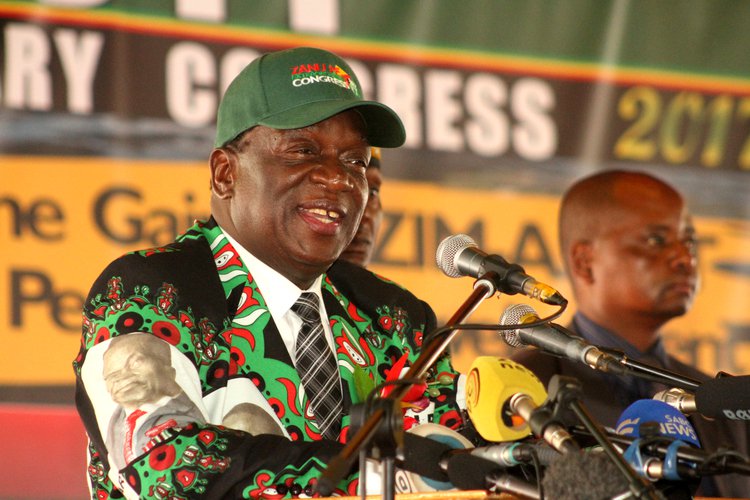 Zvamaida Murwira Senior Reporter—
President Emmerson Mnangagwa is today set to deliver his inaugural State of the Nation Address (SONA) to a joint sitting of the National Assembly and Senate, where he will give his reflection on the country’s performance for the year. The announcement was made yesterday by Speaker of the National Assembly Advocate Jacob Mudenda, while addressing legislators in the Chamber.

“I wish to inform the House that His Excellency the President Cde Emmerson Dambudzo Mnangagwa will tomorrow, Wednesday 20 December 2017, deliver a State of the Nation Address to a joint sitting of Senate and National Assembly at the Harare International Conference Centre at 1430hours in the afternoon,” said Adv Mudenda.

Adv Mudenda rapped Kuwadzana East Member of Parliament Advocate Nelson Chamisa (MDC-T) for mixing issues after the backbencher asked if they will be given an opportunity to ask the Head of State and Government questions. Adv Mudenda said while the Constitution stipulated that the President might attend Parliament to respond to questions, the issue at hand, that of SONA, was provided for under a different section of the Constitution.

In a related matter, Adv Mudenda said the President was empowered to deploy members of the security forces, in particular the Zimbabwe Defence Forces (ZDF). He said this while responding to an issue that had been raised by Mutare Central MP Mr Innocent Gonese (MDC-T) early this month, asking about the presence of soldiers, who were assisting police in the maintenance of law and order during Operation Restore Legacy.

Adv Mudenda read out a response that had been made by the Minister of Defence, Security and War Veterans Cde Kembo Mohadi, who said members of the ZDF might be deployed in the country in terms of Section 213 of the Constitution

Meanwhile, Adv Mudenda had the House in stitches when he concurred with Musikavanhu MP Mr Prosper Mutseyami (MDC-T), that there was need to capacitate Parliament’s health centre on stress management given events unfolding, where some ministers and deputy ministers were losing their jobs as Government realigned its structures. Mr Mutseyami had said several ex-ministers were finding it difficult to adjust to their new life as backbenchers, hence the need to administer counselling services.

Adv Mudenda said he has a cousin relative who was going through serious depression after he lost a ministerial post due to the re-alignment of Government ministries as President Mnangagwa announced a leaner Cabinet. He did not, however, name the affected former minister. Adv Mudenda also announced that the Committee on Standing Rules and Orders had appointed new chairpersons of portfolio committees to match the new Government structure. This saw some chairpersons being dropped.

Norton MP Mr Temba Mliswa will now chair the Mines and Energy committee, replacing Masvingo Urban MP Dr Daniel Shumba, who has also been dropped. Other changes were meant to replace ministers who had been elevated, while others were retained.