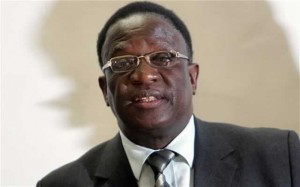 Source: EDITORIAL COMMENT: Compensation vital for revival of agriculture | The Financial Gazette May 17, 2018

FARMING has traditionally been recognised and credited as the most legitimate and labour intensive source of generating incomes for sustainable livelihoods, food security and self-sufficiency since the dawn of human civilisation.

This has made agriculture stand out as the most popular and spiritually fulfilling vocation and ordained occupation of human choice and an economically rewarding investment platform the world over.
However, the seizure of the commercial farms from more than 4 000 whites under the guise of land reform had a much more wide-ranging impact than has previously been acknowledged. Not even the then regime could have comprehended the extent of the devastating effects of the land reform programme.

The land grabs wiped out billions of dollars of land equity vital not just for agricultural but also for economic growth.

Land expropriation by the majority black population had spillover effects throughout the economy, impacting on the currency, the manufacturing sector, the education and health care systems and the labour market.

It is our firm belief that the sacrosanct cornerstone upon which any successful economy can be built is the legal protection of private property ownership. And this fundamental truth was blatantly disregarded by former president Robert Mugabe’s government in the agricultural sector, to our extreme prejudice.

In order to move forward and revive the sector, there is of course the paramount issue of paying commercial farmers whose properties were appropriated by government without compensation. The Constitution of Zimbabwe acknowledges this liability. This compensation has also been identified as a key issue that needs to be resolved under economic reforms.

Government has, in principle, accepted its responsibility to compensate land owners, starting in September this year, subject to an agreement with the farmers on a compensation framework, and then securing the required resources.

There are an estimated 4 500 commercial farming businesses with about 5 300 properties whose ownership is disputed. Their estimated value is in excess of $10 billion.

A compensation framework must take into account the land and improvements, including consideration of such issues as land valuation methodologies and mechanisms, land price information, the basis of levels of compensation to be paid for land and associated property acquired, interest payable and possible institutional responsibilities.

Once these are resolved, compensation can then be agreed upon and paid.

The revival of the agriculture sector can be achieved by mobilising funds for compensation from the international community through a model whose objectives include removing conflicts over land rights, monetising lost value inherent in the land and other assets, ensuring that the compensation is affordable and giving new farmers real bankable security of tenure.