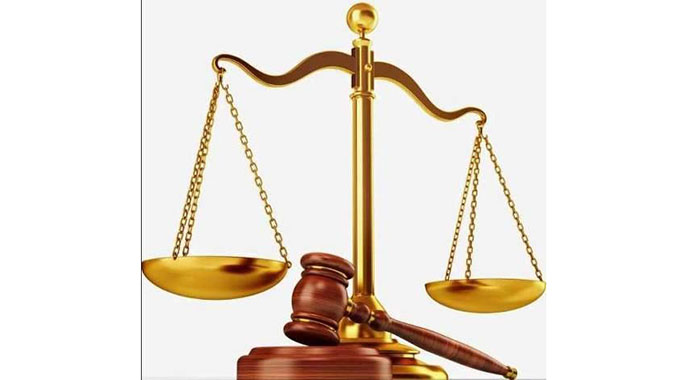 On Wednesday, the Constitutional Court starts hearing oral arguments and evidence in the electoral petition launched by one of the 23 Presidential candidates in the just-ended election.

This is the first such case the court will be setting a series of precedents that will be followed in future such cases.

In each of these cases, the court’s final decision was unanimous, a 9-0 decision, coupled with a detailed legal judgment that fleshed out a particular section or sub-section of the Constitution. While no one knows the internal workings of the court, it is likely that each of these judgments went through several drafts before all nine judges were happy that the final version reflected the law in all its subtleties.

This time the court has a number of functions, having to settle questions of fact and questions of non-constitutional law besides looking at how all issues measure against the Constitution.

Usually this process takes place in a number of courts as a case moves up the line on appeal. But the Constitution, for a Presidential election, wants a final decision promptly and so places the whole process in the top court and does so with tight time limits.

The actual process in presenting a petition is laid out in a few sentences in the Constitution and not unnaturally the courts have had to explain exactly what this means and how general court rules operate.

For example, Mr Nelson Chamisa, in his petition, cited all 22 of his fellow candidates and chair of the Zimbabwe Electoral Commission Justice Priscilla Chigumba as respondents or “defendants” in common parlance. This was why Chief Justice Luke Malaba in a meeting with candidates and lawyers after the deadline for any other petitions told them they could either do nothing or they could oppose the petition, giving their reasons.

From the original petition and the responses of Zanu-PF candidate President Emmerson Mnangagwa and the ZEC chairperson, the Constitutional Court is going to have to consider a wide range of issues. This is common in high end civil cases.

In a criminal case there are usually just two issues, precisely what crime, if any, was committed and whether the evidence shows beyond reasonable doubt that the person accused before the court committed that crime. Those launching or opposing civil actions frequently spray the court with a raft of arguments in the hope that one will strike home and win the day.

In civil cases courts decide on the balance of probabilities and do not demand proof beyond reasonable doubt.

The arguments in the original petition and the two responses appear to fall into four main categories. First are the procedures to be followed in a petition with the two responses raising a number of matters. Regardless of its final decision, the Constitutional Court may well decide in its final judgment to lay down how it wants to see future petitions launched and opposed.

The second set of arguments refer to programmes, actions and alleged inactions by the Government and its agents. Generally, courts do not interfere in the Executive and Legislative branches unless there is clear illegality or unconstitutional matters. The final judgment on the petition will, explicitly or implicitly, guide future governments and parliaments more precisely where limits might lie.

The third batch of issues is over the administration of the election, basically whether ZEC performed its functions well or badly and if any deficiencies were serious. Since the commission is independent, the Constitutional Court is the only authority that can issue a definitive “end of term report” and may well use the final judgment to do so.

That will assist ZEC, along with the more serious of observer reports, to refine the process of future elections as it strives for perfection.

The final set of issues is in many ways the core of Mr Chamisa’s petition, the allegation that a judge of the High Court, her fellow ZEC commissioners and the core headquarters ZEC staff, abetted by a swathe of the tens of thousands of civil servants drafted as temporary electoral officers, committed a premeditated and systematic fraud and did so unanimously.

Such a finding by the court will almost certainly lead to tribunals, police investigations and a spectacular set of criminal prosecutions. On the other hand the court could decide, as the responses desire, that the same group ran the most honest and fair election in Zimbabwe’s history.

The final judgment of the court and the detailed written judgment could come well after the time-urgent announcement of the decision, will not only create a needed precedent, but also set at least implicitly standards across a wide range of Zimbabwe’s political and electoral life.

It will also be examined in detail not only within Zimbabwe, but outside.

Zimbabwe’s nine top judges are equal to the task and we are confident that they will handle it and bear it well.