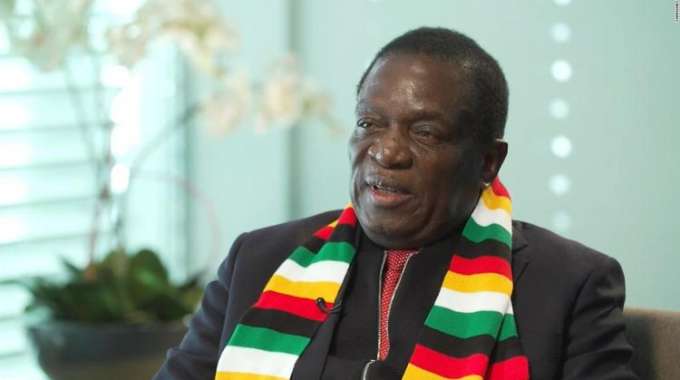 Time Magazine is not your everyday type of tabloid. It is one of the most influential magazines in the Western world. It is also about the who-is-who of American business and public life. It embodies the mind of business and politics in America. It is not a magazine to be taken lightly when it makes an opinion.

Last week, our own son of the soil in the form of President Mnangagwa, found himself among the class of Time Magazine’s eminent 100 most influential people in the world for 2018.

That is to say so far American business and politics have endorsed President Mnangagwa’s administration and its policies.
This alone speaks to a good start.

It says a lot about how as Zimbabweans we fail to appreciate history being made in our time; about a prophet having no honour in his own Jerusalem. There is too much obsession with the politics of the past, the politics of hate.

There is a feeling that breaking with the past means President Mnangagwa must engage in needless verbal recrimination with former president Robert Mugabe, or even worse, get him arrested for whatever crimes he is thought to have committed during his reign of 37 years.

Yet at his inauguration in November last year, President Mnangagwa was very clear as Mugabe himself was with his policy of national reconciliation in 1980. President Mnangagwa declared “let by-gones be by-gones” to which there were spluttering murmurs about lack of accountability and transitional justice and continuing on the path of political impunity. So far the President has kept his word. Those who have followed the new President will have realised a number of dramatic changes.

The indigenisation policy has been moderated, although land reform remains at the heart of the people’s permanent empowerment thrust. The anti-Western rhetoric had its time. Now President Mnangagwa is more focused on the Zimbabwe is open for business investment pitch. More action, less talk.

The new administration has been more accommodating of the opposition. This, even the most niggardly of commentators, will acknowledge. The opposition is campaigning freely, running way ahead of Zanu-PF and claiming to be encroaching into constituencies previously claimed to be exclusive ruling party enclaves.

President Mnangagwa took power promising Zimbabwe was headed for free, fair and credible elections later this year. He has been spearheading the campaign against politically-motivated violence, and so far that message seems to have been taken seriously by the generality of Zimbabweans, except oppositional malcontents trying to mobilise their supporters for street protests just to test the President’s sincerity about the rule of law. A word of caution is in order here: no President worth his mandate will let the country slide into lawlessness in the name of freedom of expression and assembly. There are more Zimbabweans focusing on making the economy grow. The international community is also keen to see a stable Zimbabwe after years of acrimony, and we believe they want things to continue on this promising trajectory, although a few doubting Thomases are still holding out until the harmonised elections. The opposition can make itself useful for once by being part of the process to give Zimbabwe an uncontested election result than being a spoilsport.

President Mnangagwa has not minced his words regarding the fight against corruption. Unfortunately this a crime largely based on suspicion and perception — often very hard to pin down. That is why there has been some disappointment and unmet expectations about who in the political galaxy should have entered the halls of prison under the new dispensation.

Since the launch of Operation Restore Legacy, the police have ceased to be a terror gang on the cities and towns’ roads and national highways. There is a palpable sense of relief across the nation. This new spirit has been achieved in less than six months of President Mnangagwa taking the reins, and even foreigners are noticing the change, except for local politicians trying to engage in mudslinging and calumny.

These politicians have failed to appreciate the idea of letting the past be a useful tool of what to avoid and what to take or copy from history. This is cheap politics of vengeance. But we don’t eat revenge politics. Zimbabwe is moving on and President Mnangagwa, though himself still under Western sanctions, is the leading light.
Congratulations Mr President.