Editorial Comment: Major parties must swallow their pride and dialogue 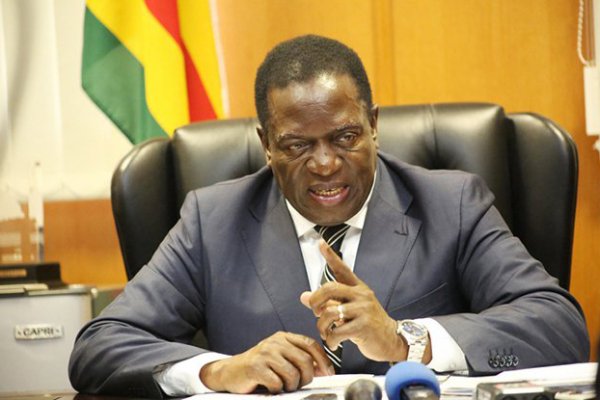 SOMEONE has to point it out: We Zimbabweans, and, indeed, Africa are such a lousy lot. We are such an embarrassing people that we keep repeating the same mistakes time and again.

And after making the same silly mistakes, we end up in the same problems that we have experienced before. Even more frustrating is the fact that we end up reaching out to the outside world to extricate us out of the quagmire that we create on our own.

A case in point is the dialogue nonsense that is currently deafening us. It’s as if we, as Zimbabweans or Africans, don’t even know what it means to dialogue.

Honestly, how can workshops be organised so that we understand what it means to dialogue?

It is very sad, to say the least, that the ruling Zanu PF party and MDC, as well as all the other interest groups, are holed up somewhere trying to figure out how they should dialogue over the Zimbabwe crisis.

The United States has even jolted us to engage in credible dialogue after probably realising that we were behaving like some useless kindergarten kids.

It is quite frustrating when we have a seasoned political party such as Zanu PF, which has known nothing else, but dialogue throughout its entire existence, to now want to behave as if this was a new concept to them.

This party took up arms to fight the racist Ian Smith regime and ended up sitting at a conference table at Lancaster House in London to dialogue with their sworn enemy.

The bloody bush war with Ian Smith ended through dialogue, including the early 1980s Gukurahundi civil disturbances in Matabeleland and the Midlands that resulted in the 1987 Unity Accord, celebrated every December 22.

And again, 20 years after the Unity Accord came more dialogue, which culminated in the Government of National Unity of 2009 involving Zanu PF and the MDCs.

The main political players are presently just choosing to be stubborn for nothing, yet they know that the crux of all the political problems we are currently facing centre around the issue of credibility.

We are once again stuck economically and politically, simply because Zanu PF believes it can both have its cake and eat it, yet the past decades inform us that everything has been solved through dialogue and we don’t even need the so-called big brothers to tell us this.

It has been very evident so far that Zanu PF cannot lift this country from the doldrums by itself. As has been the case before — at independence and the past many decades — Zanu PF must swallow its pride and dialogue on the fate of this country.

The more it dilly-dallies, the worse it will become for everyone, including all of them in the ruling party. Delaying dialogue will not make their rule legitimate.

Things will only get worse, because without the goodwill of the MDC and many others, who are not affiliated to any political party, Zanu PF’s continued rule will be a troubled one.