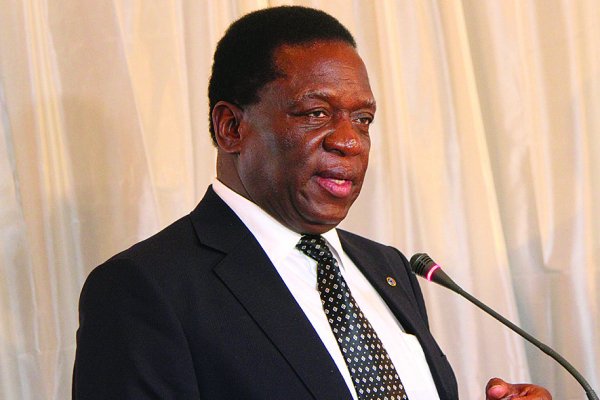 PRESIDENT Emmerson Mnangagwa, in his inaugural speech following the November 2017 coup that thrust him to power, promised to make State institutions work, unlike his predecessor former President Robert Mugabe, whose centralisation of authority had rendered even Parliament ineffective.

The announcement this week that Zimbabwe had “mortgaged” $500 million worth of diamonds to neighbouring Botswana as part of Mnangagwa’s efforts to fund his monetary policy raises a red flag, if not a stink.

That authorities have announced the signing of the deal, with Mnangagwa and his Motswana counterpart Mokgweetsi Mosisi set to rubberstamp the decision later this week, means Parliament has been overlooked.

This is outright illegal and flies in the face of Mnangagwa’s pledge of being “a listening President” and his commitment to a more constitutional government that is ready to respect the rule of law and allow institutions of good governance to exercise their authority.

Less than two years into Mnangagwa’s government, the military has been deployed twice on civilians, with gruesome consequences and this with no parliamentary approval, even as an afterthought.

No less than 20 people have been killed by the army. Mnangagwa has become a law unto himself and while Mugabe is the wrong person to talk about the role of the army in ordinary governance systems, the former Zanu PF leader is right that the “military should go back where it belongs” — the barracks.

Mnangagwa’s deal with Botswana could actually help Zimbabwe since the neighbouring country has acquired expertise in beneficiation around the diamond sector, but that does not give government carte blanche to auction our gems without due regard to the dictates of the law.

How does he justify the mortgaging of future generations’ heritage for short-term economic gains?

Zimbabweans must sit up and take notice, and question Mnangagwa’s sincerity in riding roughshod over other arms of the State, particularly Parliament. The Legislature must also wake up and demand its space.

These are individuals elected by the people to represent their interests against a parasitic elite that has since forgotten its connection to citizens.

Mnangagwa thinks he owes nobody an explanation, but it is important that someone reminds him that his administration does not operate in a vacuum.

Our problems might not be Mnangagwa, after all. It’s a sleeping population and an equally docile legislature that only wakes up when it comes to allowances and off-road cars.