Editorial Comment: We expect more order in our soccer 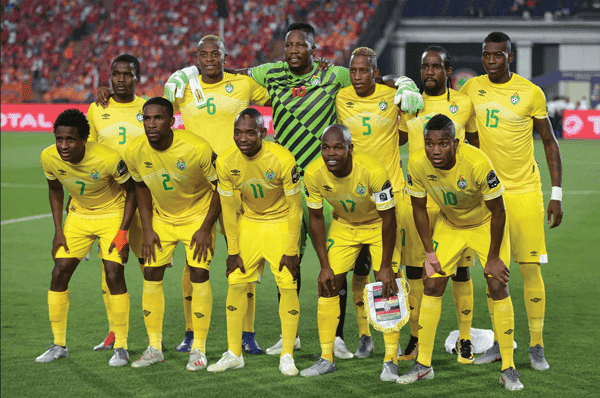 WHILE, as a nation, we are forever supportive of fellow country folk who go out there on national duty representing Zimbabwe in various sporting disciplines, it is also imperative that our sportsmen and women take their callings to heart.

Sport is one area where the old adage “practice makes perfect” is most applicable. But in Zimbabwe, especially in the soccer fraternity this very basic fact is not yet sunk into the minds of both the players and those administering the sport.

An example of this very sad situation is found in what happened to the national senior and Under-23 soccer teams when they respectively sojourned recently to Somalia and South Africa where they were embarrassingly thumped hands down. The Warriors were beaten 1-0 by minnows Somalia, while the nation’s future players the Under-23s were clobbered 5-0.

And we salute the Young Warriors coach Tonderai Ndiraya for being man enough by tell us where the soccer teams are missing it. With his comments coming ahead of return legs, all we can only do is keep hoping for the best, even when the stakes are heavily tilted against us.

“It will take some commitment, but of course that comes after preparing. Preparations are what we are mourning about. We didn’t have preparations and we are not going to have enough. Time is very little. So in terms of that aspect, there is nothing much we can do, but what is important is to work on the psychological aspect of the game. Are the boys going to recover from that bad result? Are they going to focus on the oncoming game? It’s what we have been doing since we came back,” Ndiraya said.

It is very sad that our soccer administrators are acting like amateurs. Why is it that perennially the country has hardly been able to adequately prepare for any tournament? What are the problems that keep affecting our preparations? It’s high time the soccer governing body started concentrating on making the sport attractive to follow because as it stands, following, let alone supporting the national soccer teams, has been a serious pain.