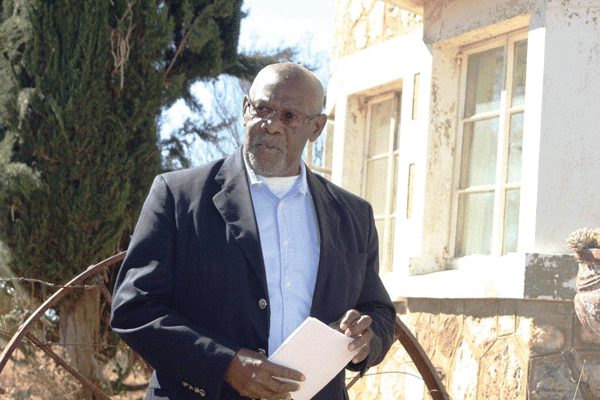 Dumiso Dabengwa (DD) is a national hero. That is beyond doubt, whether we agree with his politics or not. That the ruling party legislators could not spare a minute to honour one of the country’s most gallant and decorated fighters for independence from colonial rule speaks volumes of their character and what the party of liberation has become: A collection of selfish and self-serving swellheads with no regard for any one, but themselves.

Despite the Zanu PF politburo having accorded the late Dabengwa national hero status, the so-called revolutionary party MPs decided en-masse that DD did not deserve their respect, even for just 60 seconds. This for a man who spent much of his life fighting for the very rights they enjoy today.

Besides laying naked the deep-rooted and dangerous divisions within this party, the MPs’ collective open insolence effectively demonstrated that for the past 32 years, we have largely lived a lie. Many should be forgiven for now thinking that for all these years, we have been fooling ourselves that we are united. Many should be forgiven again for putting two and two together and reaching the conclusion that this false sense of togetherness had dawned on DD earlier and probably was the main reason that forced him to pull out of the 1987 Unity Accord.

While this early realisation that his colleagues were not sincere in their friendship and call for a truce, many of us remained fooled.

We understand that there were catcalls from some of the Zanu PF MPs to the effect that DD was a sellout. It is, indeed, such a sad shame and embarrassment that nearly 40 years after independence we still have people who harbour such retrogressive attitudes and mentality. That reflects a stumbling block to political growth and maturity in this country: To respect one’s beliefs, to have differing opinions, way of life and still unite around the fact that we are Zimbabweans first and our love for country must override everything else.

To disagree with Zanu PF does not make anyone a sellout. We strongly disagree with this crass behaviour by the ruling party MPs and sincerely hope that this is not reflective of their leadership, otherwise the country is doomed.

This is the last thing anyone could have expected from our representatives in Parliament at a time when the nation is experiencing serious strife. We do not need such simple things to divide us because such attitudes and behaviours can easily stir up ethinc hatred. What the ruling party MPs did was absolutely unnecessary and uncalled for, because they would not have lost anything if they had just stood up for a minute of silence in honour of DD.

It is very disturbing, to say the least, that only a short while ago, the same MPs, together with others from the opposition, observed a minute of silence when music icon Oliver Mtukudzi died. To them, Mtukudzi was more qualified and deserved their respect than DD. This is quite astounding and we are afraid to say that this action will have a lasting imprint on our hearts and minds.

In the same vein, it is ridiculous for Zapu to demand that people who are attending DD’s memorial and burial must wear Zapu regalia. DD is a national hero and everyone who wishes must be allowed to pay their last respects.