Thorny trees are roosting and breeding sites for quelea birds

Government has stepped up the spraying of pesticides to control the invasion of quelea birds at major breeding and roosting sites dotted around affected areas in the country.

Shingirai Nyamutukwa, head of the Plant Protection Research Services Institute told the Herald on Monday that controls were being done in quelea breeding colonies in Muzarabani, Gonarezhou, Deka and Mbire to manage the tiny species that flock in huge numbers attacking vast tracts of grain crop fields.

“We are doing this exercise to prevent the imminent loss of crops in the country,” he said.

“We are currently carrying out surveys in quelea breeding sites in Muzarabani, communal areas near Gonarezhou, Deka near Hwange as we step up our efforts to bring quelea populations to non-threatening levels. 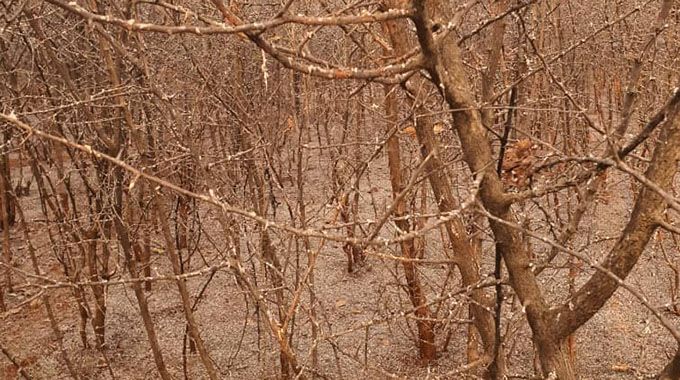 “In areas around Gonarezhou and Mbire, communities were already harvesting nestlings in quelea breeding sites resulting in birds abandoning such breeding sites. We are also tracking new breeding sites and it is our hope that this time around we will be on top of the situation.”

The Plant Protection Research Services Institute was following up several reports of the birds devastating sorghum and millets to control the birds that also threaten the country’s winter wheat production.

Following the report of quelea birds menace in Muzarabani district in the northern part of the country last week, the plant protection unit swung into action spraying quelea breeding colonies in in Ward 24 of Muzarabani district.

The teams covered villages that included Changara, Chiwenga and Mushayahwaro.

“The breeding site measured about 2,5ha and birds were in their breeding phase. We achieved a 95 percent mortality as we partnered ZimParks in bringing down populations of the problem bird,” Nyamutukwa said.

“We want to safeguard the current small grain crops – millet and sorghum. These populations breed resulting in high populations that also threaten our winter wheat productions.

“This season, Zimbabwe is targeting to put at least 75000ha under winter wheat production and we are intensifying efforts to ensure that we have minimum wheat losses due to quelea birds.”

He said his department had adequate stocks of chemicals for control and was encouraging farmers to report to AGRITEX, Plant Protection Research Services Institute and Zimparks if they see quelea bird breeding sites. 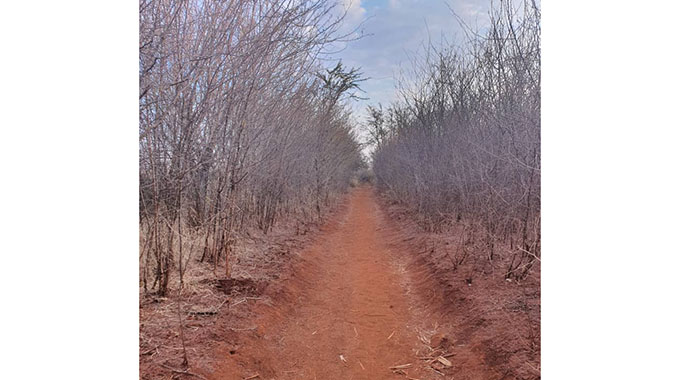 Quelea birds have been a threat to summer subsistence small grains and commercial winter cereal cropping in Zimbabwe for years.

Each tiny bird can feed on four grams of wheat per day and experts say a million birds can result in losses exceeding 40 000 tonnes when the quelea birds invade fields in large flocks.

The red-billed quelea is a small weaver bird native to sub-Saharan Africa and renowned for its attacks on small-grain crops within Africa. It is the most numerous bird species in the world, with a peak post-breeding population estimated at 1,8 billion.

Nomadic super-colonies can grow to millions of birds, making quelea not only the most abundant bird in the world but also the most destructive to cereal grains, especially sorghum and millets as well as wheat, rice and barley.

Nyamutukwa said no outbreaks of the African migratory locusts had been reported so far in the country. Only Namibia and South Africa were battling brown locust outbreaks.

“We are monitoring the situation here in four provinces that include Manicaland, Masvingo, Midlands and Matabeleland North. We do not usually experience brown locust outbreaks here,” he said.