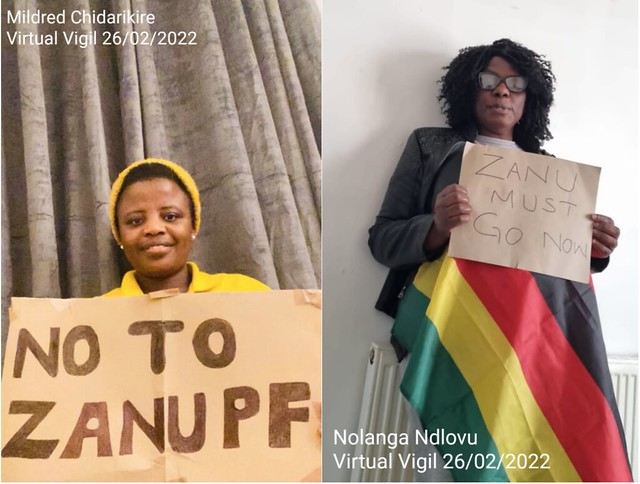 The pressure group Team Pachedu says the electoral commission (ZEC) has failed to provide satisfactory explanations for the concerns and anomalies the group has pointed out in the voters’ roll recently produced for the crucial 26th March by-elections. It said this gave rise to suspicions that the elections could be rigged.

Team Pachedu challenged ZEC to explain several issues, including a massive redirection of voters from their registered polling stations to those outside their constituencies – some as far as 100 kilometres away. It demanded to know why ZEC officials contravened the law and accepted registrants with unknown or unnamed residential addresses. Analysts say the alleged changes were likely to disenfranchise millions of voters (see: https://www.newsday.co.zw/2022/02/zec-taken-to-task-over-doctored-voters-roll/).

Despite rural poverty, an analysis of the voters’ roll shows Zimbabwe’s voters include the oldest people in the world. The analysis showed the roll included 3,253 people aged 100 or more, including 11 who were older than the oldest acknowledged person Japanese Kane Tanaka, who was 119 in January |(see: https://www.newzimbabwe.com/zec-brews-shocker-as-eleven-120-year-old-people-appear-on-voters-roll/).

While on the subject of old age, the Vigil was interested in the argument in court that former Permanent Secretary for Mines Professor Francis Gudyanga should be spared jail for fraud because he is 75. The ancient professor had allegedly been receiving payments for meetings with himself. If we have more than 3,000 people on the voters’ roll aged over 100,  one would have thought that the professor was not too ancient for jail – where he could have lots more meetings with himself at government expense (see: https://www.newsday.co.zw/2022/02/please-dont-jail-me-l-am-old-ex-perm-sec-proff-gudyanga-pleads-in-court/).

Although the European Union has now lifted sanctions on Grace Mugabe, Vice President Chiwenga and the army chief General Sibanda, it says respect for human rights has not improved in Zimbabwe (see: https://www.news24.com/news24/africa/news/eu-removes-grace-mugabe-zimbabwes-vice-president-and-army-commander-from-sanctions-list-20220222).

The EU says: ‘Intimidation of the political opposition and other government critics has continued to restrict the democratic and civic space, which is under threat of shrinking further, through the Data Protection Act and ongoing legislative processes such as the Private Voluntary Organisations Amendment Bill and the envisaged so-called “Patriotic Act”. The EU is concerned about these developments.’ (See: https://www.consilium.europa.eu/en/press/press-releases/2022/02/21/zimbabwe-declaration-by-the-high-representative-on-behalf-of-the-european-union/.)