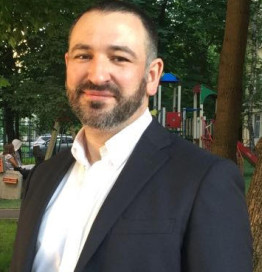 COAL miner, Liberation Mining (Liberation), says it is yet to start commercial operations because Zimbabwe’s regulatory and statutory bodies have incessantly interrupted the project with fresh demands.

Liberation chief executive officer, Victor Tskhovrebov, last week told The Financial Gazette that while the miner had applied for Environmental Impact Assessment certification for its Gwayi concession in Lupane district, Matabeleland North province in December last year, the Environmental Management Agency (EMA) was yet to clear the firm.

“We applied last year in December and they keep coming with new requirements moving the goalposts. They told us we would have it this Friday (last week), but we will see how it goes. This is how it has been like for the past three months,” Tskhovrebov said.

Despite President Emmerson Mnangagwa indicating that Zimbabwe was open for business, and efforts by the President’s office to create an enabling business environment, Tskhovrebov said EMA was playing hard ball with the miner.

“We have tried to fulfil all their requirements, but they keep changing and it is costing us time and money because we now want to start commercial operations,” the Liberation boss said.
While efforts to get hold of EMA were made, the body’s spokesperson Steady Kangata’s mobile phone went unanswered.

Most investors have expressed concern over the fees the body charges and the way it discharges its mandate, with the Office of the President promising to address this under its Rapid Results Programme.
Liberation is one of the 20 entities which were awarded a Special Grant by government to explore and extract coal and coal bed methane gas in the Hwange-Lupane area in 2010.

Tskhovrebov pointed out that the company also needed an export permit from the Minerals Marketing Corporation of Zimbabwe.

“They charge differently from mineral to mineral, but it remains steep and they require you to foot it from your working capital. This is also discouraging. We are not saying we do not want to pay for the license, but can it be reasonable,” he said.

Apart from this, Tskhovrebov said the firm’s discussions with the National Railways of Zimbabwe had also hit a brick-wall because they were asking for an “unsustainable” tariff for the transportation of the coal once operations start.

“Clearly, you can see here that this would be unsustainable for us as a business. We also hope to resolve this issue before commercial activity commences,” he said.

The miner expects to move 100 000 tonnes of coal per month in the first year of operations and improve to 15 million tonnes per annum with time.

“We are very optimistic about our ability to move volumes. We just need to resolve this transportation matter,” he said, adding that the firm has already invested $10 million into the project with an additional $15 million being invested in new machinery.

Tskhovrebov said his company was also looking at expanding into other mineral sectors.

“To date we have engaged several local players who we want to partner. We are looking at venturing into gold, PGMs (platinum group metals), chrome and nickel. We are, however, not looking at Greenfields strictly.

“Once we get our papers in order we have got a massive expansion programme lined up however, waiting for these processes has taken up so much time and we remain hopeful the papers will come through,” he said.

The firm is also in the process of obtaining its water certificate.

“This process is fairly straightforward thankfully. So, we hope to have started commercial operations by second half,” Tskhovrebov said.