BULAWAYO – Human rights lawyer Musa Kika filed an urgent High Court application on Tuesday seeking the arrest and jailing of Luke Malaba for contempt of court after showing up for work in defiance of a judgment blocking the extension of his tenure as Chief Justice. 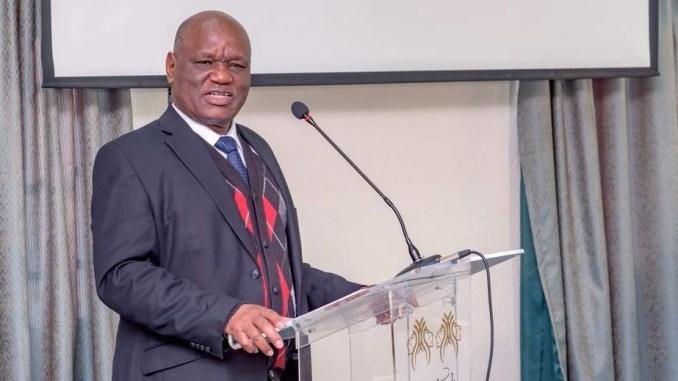 Kika wants Malaba locked up at the notorious Chikurubi Maximum Prison for six months if he does not “forthwith and immediately” desist “from exercising the functions of Chief Justice of Zimbabwe either in a judicial or administrative capacity.”

Malaba’s world came crashing down on May 15 following a High Court ruling by Justices Happias Zhou, Edith Mushore, and Helena Charewa, that he had ceased to be a judge as President Emmerson Mnangagwa had violated the constitution by extending his contract by five years past his retirement at 70.

But the embattled former Chief Justice started reporting for duty on Monday with Judicial Service Commission (JSC) secretary Walter Chikwana explaining that Malaba “has always been at work since the day the government noted an appeal in the Supreme Court against the order of the High Court. The suspension of the order is by operation of the law.”

But Kika countered in his application that the commission and justice minister Ziyambi Ziyambi were mistaken “in taking the view that the appeal has suspended the operation of the judgment of this court.”

“This is for the reason that the judgment of the court is a declaratur and is for that reason not suspended by the noting of an appeal. The appeal noted by the second respondent does not accordingly have the effect of suspending the operation of the judgment of this court,” argued Kika, director of the Zimbabwe Human Rights NGO Forum.

Malaba’s shock ouster was triggered by two separate applications brought by Kika and the Young Lawyers Association of Zimbabwe (YLAZ).

Kika said the contempt charges were “of a serious nature”, adding the defendant must be convicted and “consequently be ordered to pay a fine in the sum of $1000,000.00”.

Furthermore, the human rights lawyer argued, Malaba must “be committed to Chikurubi [Maximum] Prison for a period of 6 months all of which is suspended on the grounds that he shall forthwith and immediately after service upon him of this order cease and desist from exercising the functions of chief justice of Zimbabwe either in a judicial or administrative capacity.”

Kika also asked the High Court to refer Malaba’s issue as “a registered legal practitioner” to the Law Society of Zimbabwe’s ethics and disciplinary committee for possible sanctions or any “such action as may be warranted by the circumstances of the matter.”

He said Malaba’s defiance was “calculated to prejudice the hearing of the appeal” which many lawyers say has created a “constitutional crisis” as all judges of the Supreme Court and the Constitutional Court are cited in the initial application, which effectively precludes them from hearing the case.

Calling the former top judge’s actions “not a small matter” that brings the “judiciary into disrepute”, the applicant said it was surprising that by reporting for duty, “It did not bother him that the country has an Acting Chief Justice.”

Justice Elizabeth Gwaunza was installed as Acting Chief Justice by the JSC soon after Malaba’s removal. And Kika argued that “there has not been any succeeding official declaration of any change in the circumstance.”

Kika’s lawyer Silvaine Vongai Tendere also contended in a certificate of urgency that contrary to the government’s position, “the appeal noted does not at any rate suspend the operation of the judgment of this court.”

“The authority of the court must be restored as a matter of urgency when the position of the first respondent is considered. The contempt also puts the judiciary into irremediable dispute,” said Tendere.

Newer Post
Mbuya Nehanda didn’t sacrifice her life for this pungent rot by Zimbabwe ruling elite – if her “bones” are to “rise”, then it hasn’t happened yet
Older Post
Arts, culture and heritage: levers for building the Africa we want