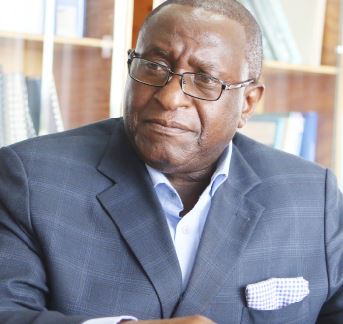 EMPLOYERS have castigated the release of a list of companies and individuals accused of illegally externalising money by government last week, describing it as a mockery of the fight against corruption.

According to a list released by President Emmerson Mnangagwa on Monday last week following the expiry of his 104-day moratorium, the bulk of the money was allegedly externalised through non-repatriation of export proceeds, payment for goods not received in Zimbabwe or funds siphoned to foreign banks in cash or under spurious transactions.

In an interview on the sidelines of the Employers’ Confederation of Zimbabwe human resources indaba held in Kariba last week, Emcoz president Matthew Chimbghandah said the list fell far short of what they expected.

“It (the list) fell short of expectations. This is not what we expected from the new dispensation,” Chimbghandah told businessdigest.

“If the president is serious about fighting corruption, he should root it out and there should be no scared cows.”

He said the list mainly targeted companies that have not accounted for their acquittals.

“To say that the companies that have not completed their acquittals are on the list of externalisers and looters is a mockery,” he said.

“Look, we should not promise and under-deliver. The electorate is expecting a lot from the new dispensation and they should walk the talk.”

Chimbghandah said the list was “too much hot air and no paraffin”.

Addressing delegates at the indaba, Chimbghandah said there is need to change the culture of how the country is run if it is open for business as declared by Mnangagwa.

“Over the 37 years, the country has developed a culture that can only be described as inimical to business,” he said.

“How do we reverse the culture that is inimical to business to one that welcomes and sustains business?”
The Emcoz president said after 37 years of regression, the country needs new thinking and a new impetus going forward.

Consultant Darlington Hukuimwe said there was need for culture change if indeed the country is to be open for business.

“Culture is not a garment which can just be taken off,” Hukuimwe said. “It does not matter if we say the country is open for business and make it into a song by Jah Prayzah and Winky D as long as we do not buttress it with action.”
He said there is need for a change in culture in organisations to improve their revenue inflows, adding that culture in an organisation is more important than the company’s strategy.

Occupational psychologist Memory Nguwi said there is need to focus on research-driven science, adding that relying on foreign direct investment alone will not turn around the country’s economy.

The indaba, which also drew speakers from labour and government, was held under the theme Managing Culture Change for Productivity in The New Dispensation.