As Zimbabwe heads towards crucial general elections expected in July, one wonders if our regional bodies are competent enough to monitor the polls as they have, of late, tarnished their images by endorsing a recent military coup d’état in this country. 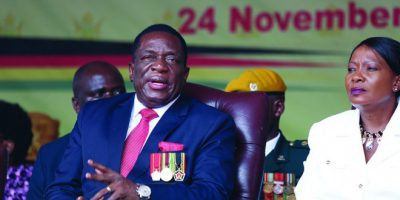 Nevertheless, these same organisations shocked the world when they blatantly violated their own principles by not only endorsing, but also praising the November 2017 military intervention — which took over all state institutions — in Zimbabwe, and resulted in the forced resignation of former president Robert Mugabe, hence a coup.

Although, I have never been a fan of Mugabe, and was one of his loudest and staunchest critics — due to his brutal tyrannical rule, which was characterised by gross violation of human rights, electoral fraud and warped economic policies that destroyed the lives of millions of Zimbabweans — the respect for democratic principles and values, as well as the rule of law have always been critical.

As such, no matter how tyrannical a leader is, I always believe that only democratic means, which comply with the constitution and rule of law, should be used in changing the government. Endorsing and praising the military removal of a government, no matter how unpopular, sets a very dangerous precedent that could ignite the unstoppable and unextinguisheable flames of coups throughout the region — a continent that already has an unenviable history with this scourge.
Furthermore, if Zimbabwe’s military gets it into their heads that they can get away with coups, what is to stop them from removing the next democratically elected government?

In fact, if the ruling Zanu PF party is to lose the forthcoming elections, who says the military will not intervene again, in order to “preserve the legacy” of the liberation struggle?

The AU and Sadc have only themselves to blame if they have just set a ticking time-bomb on the Zimbabwean political landscape — introducing a system of coups that was alien to the region, and only mainly associated with West Africa.

Is that not a serious case of schizophrenia?

Can such schizophrenic organisations be trusted to monitor the forthcoming elections in Zimbabwe — or any other country for that matter? How can the people of Africa, and the region, Zimbabwe in particular, believe that organisations that have no problem with the unconstitutional removal of a government are capable of distinguishing between undemocratic and democratic elections?

Maybe that explains and gives a clearer picture as to why these two bodies endorsed very contentious and controversial elections that have been held in Zimbabwe in 2000, 2002, 2008, and 2013.

While the rest of the civilised world viewed these elections as not credible, having been characterised by atrocities — such as the murder, torture, abductions, illegal arrests and beating up of opposition supporters — as well as repressive laws that made the electoral playing field grossly tilted in favour of the ruling party, the AU and Sadc saw nothing wrong and declared them free and fair.

In fact, targeted sanctions were imposed on Zimbabwe by Western countries after the 2002 elections, as a consequence of these human rights abuses.

To add insult to injury, the 2008 elections resulted in the defeat of the then incumbent Robert Mugabe by the late opposition leader’s Morgan Tsvangirai — who was, however, alleged to have failed to secure the majority 50+1%, leading to a very violent election run-off — the most violent election in Zimbabwean history comparable to the 1985 one.

The very military that removed Mugabe in 2017 in a coup that the AU and Sadc supported, was at the forefront of this brutality — ironically, to keep Mugabe in power, even if he had clearly lost an election. Although Tsvangirai subsequently withdrew from the run-off due to violence, Mugabe proceeded with a one-man election, resulting in a charade that both the AU and Sadc did not openly find anything wrong with.

The resultant negotiations between Mugabe and Tsvangirai, and the subsequent formation of a Government of National Unity, can never be attributable to the AU or Sadc, as it was purely a Zimbabwean solution to a grave situation, which threatened to boil over.

If anything, the then South African president Thabo Mbeki said that there was no crisis in Zimbabwe, as he would have supported whatever action Mugabe decided to take — even if it meant the annihilation of the entire opposition. But Mbeki pushed for a coalition government to contain the situation.

As Zimbabwe faces another crucial election this year, the country’s electoral laws have not been aligned to the constitution — in gross violation of the very guidelines and principles on democratic elections that the AU and Sadc claim to subscribe to.

These include, but are not limited to, the provision to all political parties of fair and equal access to the public electronic and print media, and the eradication of all forms of political violence and intimidation.

Yet, these two bodies have not questioned the failure of Zimbabwe to comply with these principles and guidelines. The AU and Sadc have had an unsettling and unhelpful appeasement policy towards the country by allowing the ruling junta to do as they please — even removing each other through the barrel of the gun. The AU and Sadc must stop endorsing coups and demand free and fair elections in Africa, in this case Zimbabwe.By Tendai Mbofana.