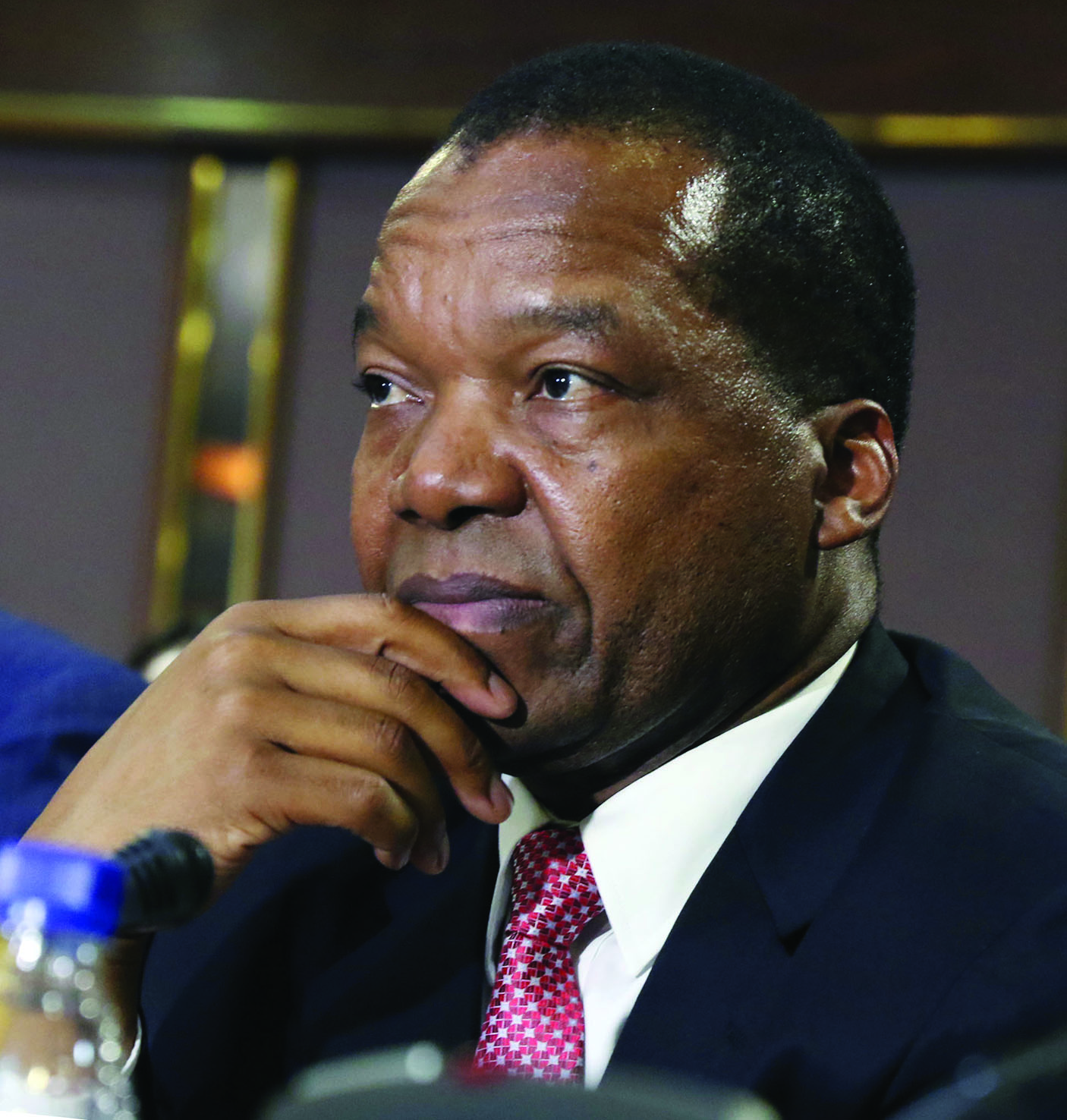 FOR decades, thousands of experts have spent loads of time trying to diagnose the problem with Zimbabwe’s economy. Piles of research papers were written, countless business meetings and symposiums were held. There were many delegations from the International Monetary Fund, the World Bank and all these fancy institutions.

Some of the world’s finest economists have written copious amounts of literature on what went wrong in Zimbabwe and how to fix it. Several finance ministers have come and gone, each one of them leaving one mess or another.Nobody seemed to know the problem, or the solution. Until now! Enter John Mangudya.
The Reserve Bank of Zimbabwe governor has succeeded where many other top economists have failed: identifying what is wrong with Zimbabwe’s economy. Using obviously highly scientific economic research, he has finally revealed the problem: a demon.

“There is a demon in this country causing economic instability,” Mangudya said when speaking before a parliamentary committee last week.
Immediately, we must stop any attempts to use economics and basic common sense to try and fix the economy. What we need is a day of strong prayer and national exorcism.

Of course, Mangudya is not alone in his belief that our problems are due to spiritual stuff, and not corruption or incompetence.
We remember, not too long ago, our State House being turned into a house of prayer, where all sorts of religious charlatans gathered under tents to pray our troubles away.

Sadly, we did not hear any prayer to exorcise the demons of theft and ineptitude, which have possessed the inhabitants of the very property where these prayers were being held.

Even now, as we speak, the inhabitants of the said property travel around the country in the midst of the lockdown they themselves imposed on everyone else. They are shocked to find that the prime minister’s special adviser in the United Kingdom is in trouble for doing the same.

We definitely need those prayers. We may be short of many things, but we are not short of prophets. Call the likes of those two Talents: one Talent Madungwe, a frequent visitor to Heaven, and Talent Chiwenga, the narcissist who believes he is God’s favourite “apostle”.

Did Gideon Gono not call prophets Emmanuel Makandiwa and Uebert Angel to the central bank at one time during that “miracle money” craze? Why not Mangudya, seeing as he is doing his best to do worse than Gono.

This week, the Zimbabwean government made a key announcement: it will investigate the case of the abduction of three MDC activists, although it already knows what happened.

The government is angry that Western embassies already reached their conclusions before any investigation into the matter, according to Foreign Affairs minister Sibusiso Moyo. As a result, the Zimbabwean government had also reached its own conclusions before any investigation into the matter. Square.
“Although government has refrained from drawing its own hasty conclusions, it is difficult to ignore the glaring similarities which exist between this recent alleged incident and several such allegations in the past, which have all borne similar hallmarks of stage-managed theatre designed to soil the image of the government and indeed the nation and to divert attention from the ongoing implosion and ever-shifting allegiances within some political formations in the opposition,” Moyo said in a statement.

It is not a surprise that the government thinks this was all an act, and that those three women tortured themselves. Denial has been a hallmark of this government. What is an actual surprise is the fact that Moyo thinks the government still has an image left to soil.

It was not just Moyo who was trying his best to defend a non-existent image. Ndavaningi Mangwana came out in The Sunday Mail, in a rambling article, hitting out at the Western embassies for falling for cheap propaganda.

He went on: “The disappointing thing is the ready receptivity of the West to cheap atrocity propaganda.”
It must be disappointing when people have stopped believing your propaganda. You start hating other people’s propaganda. The “New Dispensation” lie did not last that long, did it?

Something alarming is happening in this country. Truck drivers and returning Zimbabweans have emerged as major risk groups in the Covid-19 scheme of things.
Every Jack and Jill has been raising the alarm over the authorities’ lackadaisical approach to handling inbound travellers. Should anyone be surprised by reports of a huge jump in Covid-19 cases? We saw it coming. There is chaos at quarantine centres.

The incompetence of this government is breath-taking. And to imagine that these inept officials want schools to re-open soon!