Ex-minister case deferred to next year 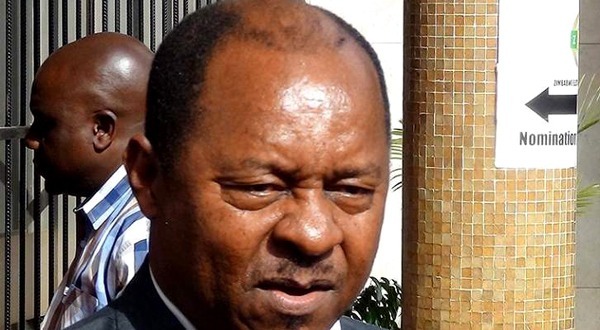 FORMER Health minister Obadiah Moyo, who is facing criminal abuse of office and corruption charges involving a US$60 million COVID-19 tender will be advised of his trial date on January 11, 2021.

Moyo, through his lawyer George Mhlanga, yesterday appeared before Harare magistrate Ngoni Nduna where he gave notice of refusal of remand if the State fails to provide him with a trial date on his next remand appearance.

According to court papers, Moyo allegedly influenced the awarding of a US$60 million tender to Drax International, which is headquartered in the United Arab Emirates.

The tender was concluded without the Procurement Regulatory Authority of Zimbabwe approval.

Moyo allegedly influenced the awarding of the tender to Drax International that sold COVID-19 drugs and personal protective equipment to the government at inflated prices.

Following the tender scam, Moyo was sacked from government.

He is currently out of custody on $50 000 bail. Teddy Kamuriwo appeared for the State.