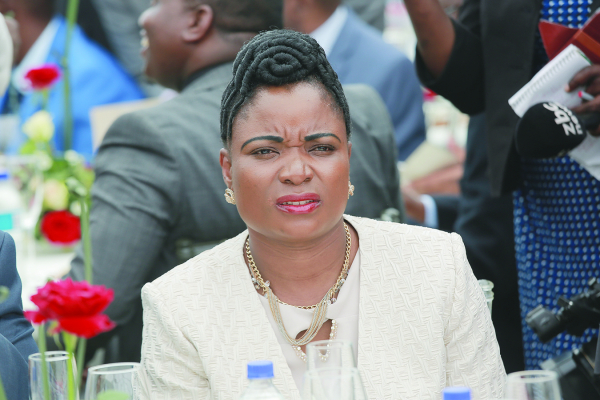 The Zimbabwe Anti-Corruption Commission (Zacc) has allegedly been sitting on a dossier implicating former Labour and Social Welfare minister in the siphoning of public funds for over two years amid claims that she was untouchable.

She was released on $30 000 bail on Monday after spending a night in custody.

Zacc insiders said the former minister should have been arrested a long time ago over the alleged pilfering of US$400 000 from the National Social Security Authority (NSSA), but was being shielded from prosecution by a relative at the anti-graft body.

Kagonye allegedly used the money to fund her election campaign before she was booted out two years ago.

The dossier was based on revelations made by former NSSA board chairperson Robin Vela in court papers where he was challenging a forensic audit by BDO Zimbabwe Chartered Accountants.

Vela had been implicated in alleged massive plunder at NSSA during his reign.

The former NSSA boss successfully challenged the BDO report at the High Court.

Kagonye is accused of using associates at Zacc to shield herself from arrest on allegations of abusing resources at the state pension fund.

“A case of abuse of office when she was Labour minister was opened with Zacc, but because she has a relative linked to the husband (name supplied), it has been difficult to pursue this issue,” said a source at Zacc.

Zacc spokesperson John Makamure said he needed time to check investigations into the NSSA cases before the commission.

“I need time to look at those issues, I will come back to you,” Makamure said.

Vela, in an affidavit, revealed that Kagonye took a staggering
US$400 000 from the state pensions body to fund her election campaign.

“I must point out that the report makes no mention of the fact that minister Kagonye forced NSSA to ‘sponsor’ to the tune of
US$200 000 a disability conference in her Caledonia constituency and a further sum of US$200 000 to a school in Ruwa immediately prior to the July 2018 elections,” he said in the affidavit.

“This vote-buying done through pensioners’ funds for private benefit is not mentioned!

“Is it because the auditors had a wider political audience to satisfy or otherwise not offend?”

Kagonye also allegedly ordered that Lameck Danga be appointed the National Building Society’s boss, despite the fact that he had come second during interviews.