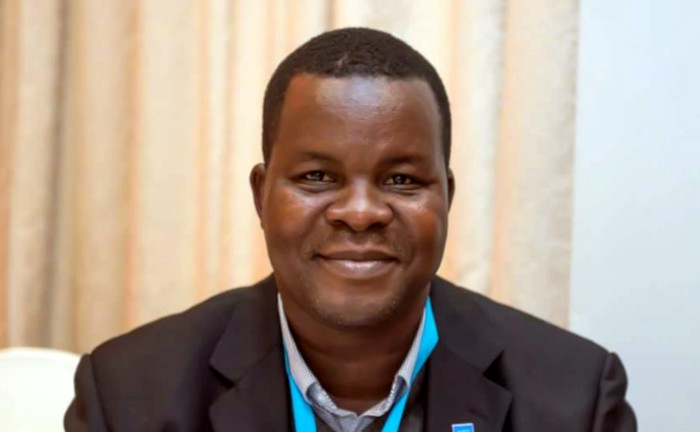 IT was with great shock that I heard the sad news of the death of renowned human rights lawyer Dewa Mavhinga on Saturday through social media.

Mavhinga, who was Southern Africa director for Human Rights Watch, succumbed to COVID-19 on Saturday in Johannesburg, South Africa, at the age of 42.

I had known Mavhinga for five years as I consulted him on human rights issues through my journalism work.

But I met him for the first time in Harare a fortnight ago during a breakfast meeting on water and sanitation organised by the Human Rights Watch and the Combined Harare Residents Association.

At the event, it was very easy to note his pleasant personality as he interacted with everyone.

I was very shocked when the Human Rights Watch announced Mavhinga’s death on Saturday saying he had just returned to Johannesburg from a research mission in Zimbabwe.

Mavhinga spent his life defending human rights, opposing State abuse of power, fighting for the rule of law and democracy. He was a strong voice for journalists, political activists and ordinary people suffering from societal injustices.

That is why reports of his death prompted an outpour of grief from civil society organisations, lawyers, political and human rights activists, journalists and several others.

“A meticulous, versatile, and passionate human rights defender who served humanity and defended the vulnerable, Mavhinga walked a difficult path plagued with hate speech and constant surveillance from the government for serving humanity,” Musa Kika, executive director of the Zimbabwe Human Rights NGO Forum, said in a statement yesterday.

“Despite continuous threats against his life, Mavhinga passionately fought for justice and democracy not only for Zimbabwe, but the world at large. Driven by his dedication to protect the dignity of all, Mavhinga took injustices head-on without fear or favour. As a household name and an authority on human rights, he remained committed to the cause until his sad passing on.”

Kika praised  Mavhinga’s “dedication to upholding all rights of all persons”.

“In this spirit, the Forum wholeheartedly mourns the sad loss of a high calibre human rights lawyer whose shoes are difficult to fill. We will continue to work towards the achievement of human rights for all as it was Mavhinga’s calling,” he said.

“He was a hero of the struggle for the freedoms and development of fellow humans. In his name, we commit to continue the struggle, standing for the rights of humanity with compassion and empathy, summoning all our gifts.”

Constitutional law expert Alex Magaisa described Mavhinga as a human being who gave himself wholeheartedly to the cause of humanity.

“Dewa was a deeply empathetic and highly effective human rights activist whose work made many people’s lives better, whether it was pushing the Zimbabwe government to respect the right to protest in the face of economic hardship or ensuring that victims of human rights abuses across southern Africa have access to justice,” Kenneth Roth, the Human Rights Watch executive director tweeted.

Mavhinga was born in Gandami, Wiltshire area, also known as Hwirisha in Chivhu. He loved his home area and founded the Hwirisha Development Trust where he spearheaded developmental projects, which include refurbishment of public infrastructure as the chairperson of the trust.

Mavhinga started his career in human rights as the deputy co-ordinator at the Forum’s International Liaison Office in London from April 2007 to April 2008. He then joined the Crisis in Zimbabwe Coalition Regional Office in South Africa before joining Human Rights Watch.

He started as a senior researcher and advocate before being elevated to the position of southern Africa director, a post he held until his death.

In June last year, he launched a crowd funding campaign on GoFundMe to raise US$10 000 for refurbishment of the maternal ward and other facilities at Gandamini clinic.

A few days before he left for South Africa where he died, he had met the Hwirisha Development Trust to assess the progress of the construction of the Gandami clinic mothers’ waiting shelter.

In 2012, Mavhinga was the co-founder of the Zimbabwe Democracy Institute. He was also the founding chairperson of the Living Together Institute, and also a board member for the Savanna Arts Trust theatre group.

Between 2000 and 2001, he served as the president of the University of Zimbabwe Students Representative Council, a position that launched his life-long pursuit of social justice and human rights promotion which began decades earlier as a boy-scout in Bulawayo.

“I am a Christian who grew up in abject poverty in rural Zimbabwe and drew inspiration from the Biblical prophets like Jeremiah, Isaiah and Amos, who championed the cause of the widow and the orphan and spoke truth to power without fear,” he said during one of the several conversations that I had with him.

He went to Methodist Church mission schools, Kwenda near Wedza, and Sandringham near Norton.

He was a recipient of the prestigious British Chevening and Canon Collins Trust Scholarship for postgraduate studies in international human rights law at the University of Essex based in Colchester, the oldest recorded city in the United Kingdom.

He is survived by wife Fiona and four children.

Newer Post
Man shot dead by police not linked to robbery
Older Post
I want to be PM: Mwonzora